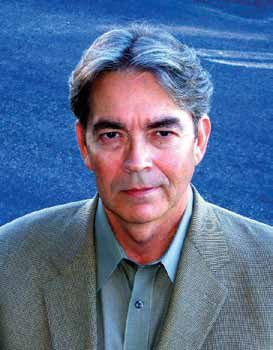 Felix Robinson, vice president of enterprise accounts and consultant relations, AVI-SPL Nothing in AV integration happens without a connection—whether you’re wiring a conference room, hanging a line-array, or outfitting a stadium, every system would be a mass of disparate technologies if it weren’t for the connections binging them together. But when you’re talking about an integration firm like AVI-SPL, with 1,600-plus employees and more than 180 sales people transacting about 5,000 projects per year, those are far from the only connections that matter.

As the industry shifts from hardware-centric to relationship-based, messages need to be communicated, consultants need to be informed, and clients need to be pleased. People need to be connected. And while much of the technology this industry deploys is in the service of doing just that, when it comes to one-on-one relationships, there is no substitute for the human element.

Robinson grew up in an entrepreneurial family in St. Louis, MO. His father was a business owner, and he worked with him on occasion. “We were never a nine-to-five type family,” he explained. Later, he studied music theory in college, and after years of performing, eventually found himself as the bass player for Angel, a gold-selling ’70s rock outfit known for long hair and all-white outfits. To some this may sound like the quintessential sex, drugs, and rock and roll environment, and while there was plenty of that, it also provided valuable training for Robinson’s future life in the upper echelons of the AV industry. “I think it was very pertinent, my background and what I learned,” he said. “I learned about business. And I learned about how people handle their business and leadership, and I learned how to distinguish reality from fantasy.”

Eventually, the time came for Robinson to rebrand himself. He was starting a family, had just had a daughter, and he did some deep thinking about where he should plant his flag. The appreciation for the high technology he’d gained in the recording industry provided a compelling foothold into the just emerging world of AV, and he decided to make the leap. “There was a great transition there available to me, and I took it.”

He looks back at these early stages of his career, when he owned his own company from the late ’80s to early ’90s, with great pride. “ When I started doing this, I performed all roles in systems contracting myself,” he said. “I would meet with the clients, draft, design a system, then present it, then order the equipment and supervise the installation. I go back to that time and say that was a really wonderful experience—it gave me every aspect of the business in a macro way.”

Successful as a business owner, he eventually went on to found the New York-based integration services department for Production Resource Group, which led to his role as general manager and vice president for a pre-merger SPL in the New York region. After the merger with AVI, he was promoted to vice president for the combined AVI-SPL organization in the Northeast.

Felix’s current role is vice president of enterprise accounts and consultant relations for all markets and offices domestic and beyond. If this sounds like it could easily be two jobs, you’re not mistaken. “I split myself in two every day—half of me is developing accounts, half of me is managing our relationships with consultants.” This requires both a high level of business acumen and technological fluency that one might never expect to find in a former glam rocker from the Midwest.

Even though he serves as an executive with AVI-SPL, he said the business still works the same as it did when he was first starting out. “Everything is much larger and there are many more people doing it, but there are still the same pieces and parts that go into providing something.”

Robinson played bass for Angel, a ’70s-era glam-rock band. This seems difficult to believe when Robinson reflected back on his recent accomplishments. “I’ve spent several years developing relationships and project related business with select Municipal Government agencies, including Command Centers for the New York Office of Emergency Management facilities, The Mayors office at New York City Hall, and the new Joint Operations Center for the New York Police Department,” he said, discussing some of the most technologically advanced AV work of recent times. “Also important to me are the many projects and on-going involvement with our higher educational and healthcare clients, where we are developing advanced capabilities for communications across campuses worldwide.”

Other points of pride come from his work with the NSCA Educational Foundation, his yearly fundraising event at InfoComm with industry band The Drunk Unkles. Their performance at this year’s show will be the band’s tenth year anniversary, and Robinson expects it to be their biggest party ever, with several special guests.

While certainly accomplished enough to rest on his laurels, a relentlessly changing industry and the economics of systems integration, services, and product development provide no opportunity for rest. After all, Robinson has no intention of slowing down, especially now that he has been inducted into the SCN Hall of Fame. “I’m not done with this business by any means,” he insisted. “I’m looking forward to more responsibilities, more interesting challenges, and I continue to work as I always have. I’m actually just coming into a whole new realm of technology awareness, so I try to get as much education as I can. And I apply myself to the same things every day.”