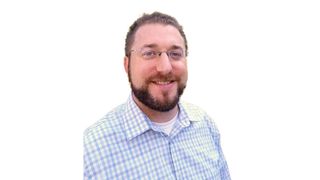 Phil Stein has joined Riedel Communications as vice president, strategic accounts for the Eastern United States. Reporting to Joyce Bente, president and CEO, Riedel North America, Stein will be responsible for expanding the company’s market presence among high-profile accounts in the Eastern half of the U.S.

Just prior to joining Riedel, Stein served for more than seven years as Americas sales manager for EVS Broadcast Equipment, where he managed and grew relationships at the company's largest accounts. Prior to that, as broadcast coordinator for the National Hockey League, he was director, technical director, camera operator, assistant director, and Chyron operator for the NHL LIVE! program, and he also served as producer and editor for the NHL's Winter Classic pre- and post-game coverage. Stein holds a Bachelor's degree from the Roy H. Park School of Communications at Ithaca College in Ithaca, NY.

"Phil is an outstanding addition to our team, and he'll be a tremendous asset as we continue to expand Riedel's installed base among the largest media, entertainment, and enterprise brands in the U.S.," said Bente. "Phil has a proven track record building trusted relationships with key accounts at EVS, and he also combines that sales expertise with experience working hands-on with advanced broadcast equipment. That's a winning combination, and it sends a strong signal to our customers that Riedel understands their technical requirements."