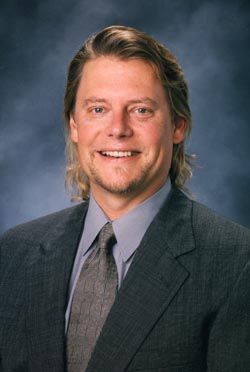 SCN: As an industry leader, you have made it a point to educate consultants and contractors on several technical and standards-related issues. What do you think is the biggest challenge the industry faces at the moment?

Bob Schluter: The biggest challenge I see is how our integrators will be able to adapt to market changes. There is an escalating amount of pressure from the electrical and other low-voltage trades as market expansion increases. Knowing where your business needs to be in the future, and communicating how your capabilities and experience will result in a better system (from a performance, budget, and timing standpoint) is key.

SCN: What effect has the NEC, UL standards, RoHS compliance, ISO 9001:2000 certification, and seismic certification requirements had on the commercial AV integration business, and what do you anticipate will be their future impact?

BS: Understanding the NEC is critical, as well as challenging-while many have adopted the 2005 version, there are certain states and localities that have done so in varying degrees, which can lead to confusion and costly delays.

UL standards mostly assure that when the product is installed correctly, it meets certain safety standards. There are changes under consideration to the UL listings as they relate to racks and enclosures, which all manufacturers will need to address.

RoHS/WEEE has had a large impact on manufacturers. Contractors have been affected when integrating products that will be installed in Europe. These standards are being brought to the U.S. on a state-by-state level, and this will bring the issue to the forefront for jobs in those areas.

Seismic certification, while obviously an issue in areas of high seismicity, is increasingly required on installations that have to meet certain life and safety standards.

ISO 9001:2000 certification provides customers with assurances that all processes are repeatable-the only caveat is that both good and bad processes can be repeatable, and this alone is not an indication of quality.

SCN: What is still being overlooked in systems design and installation?
BS: It is critical that the architect, systems designers, and engineers are all on the same page early on. Assuming that some element of design can be taken care of in later stages almost always results in either compromises in system performance, increased costs, or both. The 2004 CSI MasterFormat will help to close this communications gap-as long as all parties are proactive.

On the technical side we see issues with signal interface as a significant challenge. Hums and buzzes created by equipment with imperfect interfaces installed in real-world environments are becoming more of a challenge as system complexity increases. Another area of concern is the increase in the number of DSP processors installed in systems, which correlates to a rise in "digital hash" leakage currents found on the grounding system.

At the jobsite, the way that electricians interface with AV systems often causes issues. This bridge will be gapped when electricians gain a better understanding of the requirements of AV systems.

SCN: How would you finish the following sentences?
When I founded Middle Atlantic Products in 1979, we expected... to grow much faster, but found that the right people are hard to find.

The manufacturing process should be... flexible to meet customers' needs, automated to ensure consistency, and tied to the design of the product.
An idea that just didn't catch on was... the automatic guitar grabber (from our early days in the music industry).

There is no limit to... what the right people can do.
The best advice I ever received was... knowing whose advice not to take!
Bob Schluter looks forward to your feedback and can be contacted at bob@middleatlantic.com