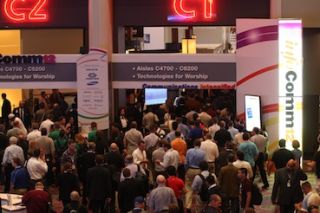 After setting attendance and exhibitor records in 2008, InfoComm saw its numbers dip slightly as the global economy collapsed. Four years later, the economy is on the rebound, and the Show is on the verge of breaking many of the records it set in 2008.