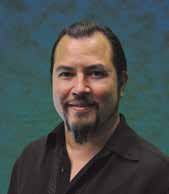 NAME: Marc Lopez
COMPANY: Yamaha Commercial Audio Systems
TITLE: Marketing Manager
BACKGROUND: Lopez began his career at Yamaha nearly ten years ago, initially as an applications specialist for the Yamaha 02R and 03D digital mixers, and later as software product manager for the Yamaha PM1D, DM2000/1000, DME systems, and network products. Prior to joining Yamaha, he was a freelance post-production and sound engineer for television and film.

SCN: What does your position entail?

SCN: How has your background prepared you for your role?

ML: I have been a “sound guy” for most of my life, whether it was for a band, at school, in church, or at a community center. I studied electrical engineering and music in college and taught algebra during the summers. Professionally, I worked in the recording and post-production industries during the transition of analog tape, digital tape, and digital audio workstations. As a long-time user of professional audio products and a believer in education, I understand the market demands for practical solutions, responsive manufacturer support, and training for equipment in the digital age.

SCN: Where do you see the house of worship market heading?

ML: The house of worship market will continue to be an important market to address, with its need for sound reinforcement, distributed sound, lighting, and multimedia, which in many cases rival the requirements of typical performance venues. And with technology advancing at a rapid pace, many houses of worship require the need to utilize these new technologies in order to enhance the level of services to promote their message. We also see this reflected in the increase of mobile and portable systems for satellite locations.

SCN: How can systems contractors better position themselves to profit from the houses of worship market?

ML: Like any other business, systems contractors need to be sensitive to the needs and trends of the market. The basic focus for a house of worship is to effectively communicate their message, and a system that can strengthen their message by providing a simple and consistent operation with high impact will certainly catch the attention of the congregation. Like many industries today, they are not just looking at cost, but the overall value the system brings. We have also observed that a well-designed and implemented system is just the entry point. Providing training and support at the times they need is also a requirement and should not be an afterthought.

SCN: What are some of the greatest challenges facing contractors working in the houses of worship sector today?

ML: I think the challenges are very similar to other markets—keeping up with technology changes, cost of materials, resources for training, education and marketing, and the uncertain economic situation.

BUENA PARK, CA—CSD of Fort Wayne, IN recently completed a design/ build project for the new Northwest Campus of Eastern Star Church in Indianapolis. The church began its history in 1920 with a congregation of 12, and now, three campuses later, has grown to a congregation of over 25,000.

A major undertaking, the 3,000-seat contemporary gospel northwest campus features a choir, band, praise team, and for most sermons, has 120 members located on the stage. Its new audio system is centered around a Nexo GEO S12 line array consisting of 14 GEO S1210s and 27 GEO S1230s all in white, Yamaha PM5D-RH digital audio console at front of house, and M7CL-48 used for monitors.