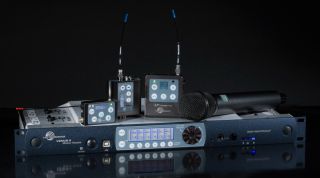 Lectrosonics’ David Thomas, Lawrence E. Fisher, and David Bundy are set to receive a 2017 Academy Award for Technical Achievement, for advancing the state of wireless microphone technology in the design, development, and engineering of the Lectrosonics Digital Hybrid Wireless System. Presented annually by the Academy of Motion Picture Arts and Sciences, the Technical Achievement Academy Awards recognize contributions of significant value to the process of making motion pictures.

In giving the award, the Academy recognized the individuals who developed the Lectrosonics Digital Hybrid Wireless System for advancing “the state of wireless microphone technology by developing a method to digitally transmit full-range audio over a conventional analog FM radio link, reducing transmitter size, and increasing power efficiency.”

"We are so delighted to see our engineers receive this honor. These three engineers have made significant contributions to location sound, enhancing the movie experience,” said Gordon Moore, CTS, president of Lectrosonics. “To see their accomplishments recognized by the Academy is truly exciting.”

The Academy’s Science and Technical Achievement Awards ceremony will take place on Saturday, February 11, 2017 at the Beverly Wilshire Hotel in Beverly Hills, CA. Unlike the other Academy Awards to be presented this year, achievements receiving Scientific and Technical Awards need not have been developed and introduced during 2016. Instead, these achievements represent a proven record of contributing significant value to the process of making motion pictures.

Portions of the Scientific and Technical Awards Presentation will be included in the Oscar telecast. The 89th Oscars will be held on Sunday, February 26, 2017, at the Dolby Theatre at Hollywood & Highland Center in Hollywood, and will be televised live on the ABC Television Network at 7 p.m. ET/4 p.m. PT. The Oscars also will be televised live in more than 225 countries and territories worldwide.