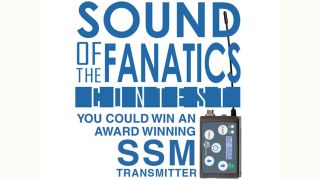 Lectrosonics has launched the “Sound of the Fanatics” contest, in which participants worldwide are invited to submit a soundtrack or sound effect creation to accompany Lectrosonics animated logo, to be used in the future with the company’s video tutorials and online content. One winner will be selected at the company’s choosing from all the qualified entries and will receive a Lectrosonics SSM (super slight micro) bodypack transmitter, the smallest, full-featured micro transmitter available on the market, according to the company.

Participants will first need to download the video file from the Lectrosonics website, in their choice of .mp4 or .mov digital video formats. Then, using the form on this same page, complete an entry and upload their own edited version of the Lectro animated file which includes their sound effect creation or soundtrack. Entries must be received before June 30, 2016 at 5:00 p.m. (MT) and only one entry is allowed per person or household.

The winner will be chosen during the month of July 2016 at the sole discretion of the team at Lectrosonics, and this winning entry will be used for the introduction to all Lectrosonics video tutorials and other video material (such as on the company's YouTube channel) for at least 12 months.

The official rules for the contest can be found here.