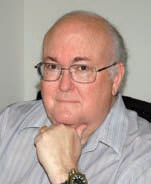 Flat panels are the mainstay of digital signage, and there are some interesting new developments in both the LCD and plasma camps. Let’s begin with the world of plasma. Not too many years back plasma dominated the flat panel industry. As we all know, LCD has take away a lot of their thunder but they still have reasons to hold their heads high. The first reason is their size versus price relationship. You can still buy large plasma for fewer dollars than a comparable sized LCD display. And plasma still leads LCD in overall video picture quality, mainly as reflected through image processing speed (faster response times). Another significant advantage of plasma is off-axis viewing with no color shift. Finally in the plus column, they are now delivering over 100,000 hours of panel life to half brightness.

Now on the minus side of things, plasmas still have the burn-in issue to contend with and though they have vastly improved, the issue still needs to be worked around for use in digital signage where images will be on screen for significant lengths of time. Finally plasma displays are less energy efficient than comparable sized LCDs. The bottom line is that if the playback of video is the prime objective, do not overlook what companies like Panasonic, Samsung, and LG have to offer in plasma.

Now let’s look at the ever-popular LCDs that seem to be in every nook and cranny of the digital signage world. There have been many improvements in LCDs over the last few years, perhaps in response to and in anticipation of OLED panels that seem to be looming on the horizon. Well, OLED is not here yet and will not displace LCD in the near or perhaps even the midterm, but we are seeing the benefits of their impending launch with numerous improvement in LCD panel design. One of the first issues to improve has been panel speed. A couple of years ago, 8-millisecond panels were common, but today we are seeing 4-millisecond and even 2-millisecond panels. The benefit is that we do not see the famous LCD “blur” in fast action scenes.

The second development in LCD is the migration from the environmental challenges of CCFL backlights to the incorporation of LEDs as the illumination source. We are seeing edge lit, bottom lit, and full LED backlit panels, and each of the big manufactures like Samsung, LG, and Sharp will roll out new LED lit models over the next few months. This gives us several benefits, including lower power consumption, a better environmental footprint, and extension of panel life to over 100,000 hours, but in this writer’s opinion, the real benefit of LED illumination is improved contrast levels. As we know, contrast provides the quality of the picture and where LEDs are properly employed the contrast levels are stellar.

Another area of improvement in LCD displays is brightness. One of the issues with previous LCD panel designs was image retention or energy retention. If you looked closely at the warranties from the panel manufactures, they did not cover retained images or 24/7/365 operation. This phenomenon looks a lot like plasma burn-in, but actually is not from a purely technical sense. Heat was the culprit in causing image retention and it comes from the warping of the layers in an LCD pixel that would not let the energy dissipate. The first company to the rescue was Samsung and their DID or Digital Information Display panel. It incorporates heat dissipation layers that funnel off the heat in extreme applications. The side benefit display installations, just imagine the impact of power consumption in projects using 10 to several hundred displays!

The concept of display calibration for flat panels has another value beyond power consumption. The ability to color match the flat panels in a video wall and to accurately reproduce the proper colors on screen is a must especially for digital signage.

Another area of flat panel evolution is in the area of environmentally robust displays capable of use in high brightness applications as well as high humidity, high temperatures, and sometimes even in the rain. Companies like Sanyo and Planar produce largeformat LCDs that are “water proof” and companies such as Samsung and Vartech produce panels that produce up to 2K nits of light output.

The world of flat panel displays is anything but stagnant. We are seeing giant leaps in flat panel evolution and the newest models are coming in at less than 1-inch of thickness. We are at the very beginning of new illuminations sources with LED illumination for LCD taking the early lead. Energy efficiency is now being taken seriously and, last but not least, 3D without glasses is on the horizon at least in a limited sense. As a final admonition, keep organic light emitting diode (OLED) displays in the back of your mind. Several of the major flat panel manufacturers are investing heavily in larger OLED flat panels. Each one is looking for product differentiation and we the consumers and resellers of these products are sure to benefit.

Alan Brawn, CTS (alan@BrawnConsulting.com) is a principal of Brawn Consulting LLC an audio visual and IT consulting, educational development, and market intelligence firm with national exposure to major manufacturers, distributors, and integrators in the industry. Brawn is a member of the Imaging Science Foundation and managing director of ISF Commercial. Most recently he became Director of the Digital Signage Experts Group certifying professionals in the digital signage industry.

NEC, in a special webinar produced by Digital Signage Magazine earlier this year, outlined the major differences between NEC’s panel offerings, below. (For Jonathan Brawn’s assessment of the issue, see his article in this supplement.)