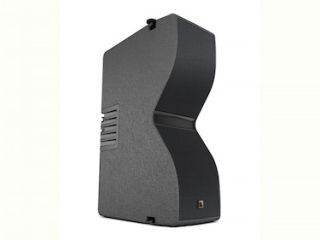 The What: L-Acoustics announces the launch of the Kiva II, a new compact modular line source, adding 6 dB of max SPL versus its predecessor, maximized amplifier density with 16-ohm impedance, and a new rugged enclosure material.

The What Else: Despite its ultra-compact format, the Kiva II features L-Acoustics’ Wavefront Sculpture Technology (WST), giving it a long throw capability and delivering even SPL from the front row to the back of the audience. Its coplanar transducer arrangement and new K-shaped coplanar transducer configuration generates a symmetric horizontal coverage of 100 degrees without secondary lobes over the entire frequency range.

Weighing only 31 pounds (14 kg), the product’s elegant lines and flush-fitted rigging allow it to melt into any architecture, making it a natural fit for installations in Performing Arts Centers and special events demanding minimum visual obtrusion, and particularly in L-ISA multi-channel configuration installations.

“Our new Kiva II keeps the elegance of its predecessor, but that’s where the comparison ends,” said Cédric Montrezor, director of application, Installation at L-Acoustics. “Delivering an extra 6dB, the new model offers an impressive peak SPL of 137dB. With only a ‘1.5dB’ price increase, Kiva II is now the SPL-to-size ratio benchmark in its format category. Beside the whopping SPL, we also bring reinforced weather resistance, a rigging visual safety check, and new rigging accessories to expand the range of applications.”