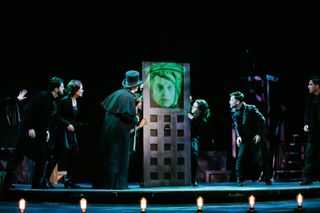 The Hitachi CP-WX8265 was instrumental in adding “strikingly modern twists” to TPAC’s rendition of the classic Christmas play which featured an 18-member cast, a full orchestra, and fog effects.