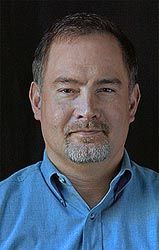 Bernie Farkus has been appointed sales engineer, having spent the last 12 months assisting in the development of the first product offering; the iXO DSP audio platform. "Working at Wheatstone and seeing the design, construction, and capacity of the broadcast division's networked audio system, I realized that there was a tremendous opportunity for a similar product in the commercial audio market and the iXO is the result." Farkus is an audio industry veteran with over 22 years experience who most recently served as a Regional Field Sales Engineer for ClearOne and as a consultant for Waveguide Consulting in Atlanta. When asked for his perspective on his career change, Bernie replied: "I was very impressed by the facility and the people, the integrity of the company, and the opportunity for growth."