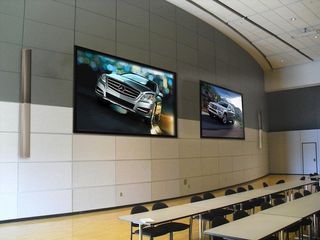 The Mercedes-Benz US plant in Vance, AL, has installed Renkus-Heinz Iconyx loudspeaker systems for its presentations from its executives world-wide as part of the AIDT program.