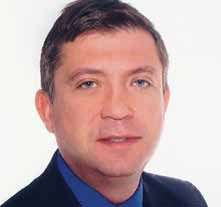 Startups may have plenty of pizzazz, but there’s no shortage of inventive energy at established companies either. As proof, one of the latest systems from Analog Way shows what an experienced team of technologists is capable of creating for the AV market: The SmartMatriX Ultra multi-screen seamless switcher.

A high-end 12x4 Scaled Native Matrix with a rugged design, the SmartMatriX Ultra was designed to provide live processing and multiscreen management for presentations in every vertical. Combining impressive input/output specs, additive modularity, and a user-friendly approach, the SmartMatriX Ultra maximizes the benefits of Analog Way’s LiveCore platform—a true live AV processing solution that stands as the biggest R&D project ever undertaken by the company in its 24-year history.

Franck Facon, marketing and communications director at Analog Way, provided a window into how Analog Way decided to make LiveCore such a priority. “Innovation and quality are central in our product development strategy—offering innovative systems with uncompromising quality is a must to stay at the forefront in our industry,” he explained. “The LiveCore platform project was initiated after a simple observation: The product offering for premium presentation switchers was limited, and we felt a real demand for powerful AV processors with an alternative business model.”

While the technology that goes into any new AV system today is going to be deep, Analog Way’s LiveCore development team was reminded that above all, the system had to feel uncomplicated to the end user. “By carefully listening to our customers, we were surprised to see that there was no fancy request, but only simple things,” Facon said. “The basics were a highly visual system, which would remain easy to operate. As for the main features, the most frequent requests were the need for a permanent full preview, versatile connectivity, high responsiveness of the unit, and intuitive graphic interface for easy management of elaborated shows.”

But keeping it simple on the outside can make a solution’s core even more daunting to engineer. According to Facon, the biggest challenge for LiveCore and its implementation in SmartMatriX Ultra was to introduce ease of use, and then maintain that quality in the platform. “Making things easy is a quite complex task!” he observed. “The LiveCore platform is the successful result of this challenge—to achieve such a platform, our teams conducted deep research on the processing market, which resulted in a reorganization of our company know-hows. The LiveCore platform called for significant breakthroughs—the ability to manage up to 48 scalers is a tremendous consideration.”

Once the development path was established, Analog Way’s objectives were not just to meet design goals, but to do it at a level that would set LiveCore and resultant products like SmartMatriX Ultra apart. “Speed of operation and simplicity are the main strengths of the platform for sure,” said Facon. “The ability to operate true A/B mix like any video mixer is a strong feature—this functionality fully works even for complex transitions, and with no latency. Another great feature is the utilization of the embedded software designed to control all the LiveCore-based systems. Called Web RCS, this software allows the user to have live snapshots of sources, refreshing every second, for easy and intuitive organization of visual elements through drag and drop. To date, Analog Way is the only manufacturer offering such features. On top of that come many other useful characteristics, such as seamless transition between up to 42 plugs, and management of layers with curved effects.”

The biggest challenge for LiveCore and its implementation in SmartMatriX Ultra was to introduce ease of use, and then maintain that quality in the platform.The move from lab to live venues has passed the test. Feedback from early adopters of LiveCore indicates that the extra-intensive R&D was time well spent. “Our customers are very impressed because the platform goes beyond their expectations,” Facon stated. “They’re also very enthusiastic about the web-based remote control software. Thanks to this graphic interface, management of the processing capabilities of the LiveCore platform is made so easy—all companies that already saw the LiveCore systems expressed the willingness to work on more sophisticated shows. With such a powerful and user-friendly system, they know they can bring back creativity to their presentations.”

Analog Way’s plans for a full demonstration of LiveCore at InfoComm give an indication of how much this platform can handle at one time—an extreme AV experience awaits those who make the pilgrimage to Orlando in June.

“We will unveil the Ascender 32 and Ascender 48 which will complete the LiveCore platform,” said Franck Facon. “Two units of Ascender 48 will be linked together, creating an amazing 24x8 system with two previews, 96 scalers, 100 pictures, 100 logos, 84 switchable plugs, and 48 layers managed live on program and preview. In addition, there will be several simultaneous accesses to the Web RCS for collaborative practices. All the power of the LiveCore platform will be released and demonstrated.”