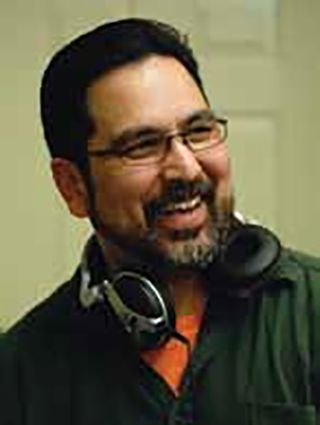 “Thoughts exchanged by one and another are not the same in one room as in another.”

This quote by legendary architect Louis Kahn refers to what really is at stake in designing spaces for collaboration. Whether we realize it or not, as AV designers, we have considerable influence over how ideas are exchanged. We influence room designs for some of the most important people in government, finance, law, education, and many other places. Ideas that fuel the world are formulated in spaces we help to design. As Steven Johnson says in his book Where Good Ideas Come From: The Natural History of Innovation, “The trick to having good ideas is not to sit around in glorious isolation and try to think big thoughts. The trick is to get more parts on the table.” Our industry figuratively creates those tables. Good ideas are generated by conversations, and the spaces in which conversations often happen are meeting rooms.

When you look at meeting rooms today, their designs are greatly influenced by the placement of audiovisual elements. In fact, we can think of the modern meeting room as a container for three things: people, paper, and audiovisual equipment—and the use of paper is declining. Thought about in that way, the influence that the audiovisual designer has on the room design cannot be underestimated. As I’ve said in this column before, our industry solves the interface between humans and technology. How that technology integrates into a room influences every other element in a room: the furniture, the lighting, the finishes, and the environmental systems. After the room capacity is determined, the AV designer is the primary driver of the design.

The responsibility for those designs cannot be taken lightly. Every day, room designs affect how conversations happen and how ideas emerge. Take, for example, the room that Ed Catmull describes in his recent book about Pixar:

“For thirteen years we had a table in the large conference room at Pixar. I grew to hate this table. It impeded our work; everyone was so spread out that it was difficult to communicate. For those unlucky enough to be seated at the far ends, ideas didn’t flow because it was nearly impossible to make eye contact. Over the course of a decade, we held countless meetings around this table, completely unaware of how doing so undermined our core principles.”

The primary core principle to which Catmull refers is, “When it comes to creative inspiration, job titles and hierarchy are meaningless.” Over ten years, imagine how many good ideas that space undermined. Eventually they installed a square table so that “people could address each other directly and not feel like they didn’t matter.”

Does the position and size of an information display also create a space that favors some people in the room more than others? Can a lectern create a space where one person becomes the most persuasive person in the room, even if when they are sitting at a table with everyone else, they aren’t? Is the v-shaped table giving more status to the screen than the other people around the table? Is that the intention? Every design element in a room has socio-political effects, whether intentional or not. Even the most accomplished designer of the Pixar conference room makes errors that threaten to ruin the culture of an organization, often without realizing it.

So what can be done? It is the AV designer who must consider the implicit social effects of the technology in a meeting room. Don’t always apply the tired paradigm of the central screen and long table. First understand the explicit needs of the people who will use the room. Although most AV designers aren’t trained to consider these types of design issues, I think it is up to AV designers to drive these room designs and consider the implications of them. Every element is there to support the “thoughts exchanged by one and another.” Don’t be afraid to make sure that space is designed around that exchange.

How does a display affect interaction?

Single large screen: We’ve all been in the restaurant where we can’t concentrate on what our companion is saying because of the screen placed right over their shoulder. One big screen tends to dominate the attention in the room, sometimes at the expense of the interaction between people in the room.

Dual screens: This configuration is the symbol for videoconferencing systems. The conventional wisdom is that there are faces from the “far end” on one screen and information sharing on the other. But what happens when you want to just share information only with no videoconference? The two smaller screens split attention. They also make for a very wide area where the screens need to be installed which affects the design of the table and the room.

Even more screens: Companies such as Oblong Industries are working with systems that have as many as six screens, some of which act as modern-day white boards and are designed to encourage interactivity but also creating a less centralized focus. Will this be a trend in coming years until every wall is a display?

One laptop per person: Considering how displays dictate attention and room layout, wouldn’t it be better to place individual displays between people? Laptops in meetings can be distracting, hide secret content from others, and draw attention away from interaction, but the most egalitarian of all information displays might when everyone has their own display with ubiquitous screen sharing for everyone in the room. Imagine something like Google Hangouts for rooms that would allow people to easily shift between eye-to-eye contact and information sharing.