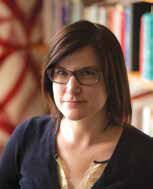 Kirsten Nelson.At the foot of a giant, shiny condominium tower in downtown Dallas stands a shy, diminutive structure with a design far more complex than one would imagine upon first seeing it. From the street, the little building looks like a single story structure with some big windows. But once visitors step inside, they are suddenly basked in a soft, filtered version of daylight that illuminates objects and people evenly throughout the space. The first impulse is to glance upward toward a glass ceiling with an outer layer of roof panels designed to allow tamed light to enter only from the north.

This is the Nasher Sculpture Center, designed by the revered architect Renzo Piano and built ten years ago. Indoors and outdoors, it houses a collection of greatest hits in sculpture. But about 18 months ago, as the Nasher’s 42-story neighbor neared completion, the works at the museum were suddenly under threat. Sunlight reflecting off the tower’s curved edifice had multiple negative effects. Viewers endured the painful glare of direct sunlight, art works were suddenly under fire, and the heat scalded plants in the garden outside.

Now the museum and the ironically named Museum Tower are locked in a battle over who must rectify the situation. The museum insists that its specialized needs have been affected by the intrusion of this massive addition to the Dallas skyline, and therefore the condo structure should be altered to correct the light glare. Meanwhile, the tower’s owners have indicated that the Nasher’s demands are unreasonable and the museum should fix its own problem.

The conflict is unlikely to be resolved any time soon, but it does resemble a debate within our own industry. Will the giant edifice of IT never bow to the unique requirements of AV? Well, new light was shed on the question at January’s Integrated Systems Europe (ISE) show in Amsterdam. It seems that the big tower of IT is the one that customers tend to point toward whenever there’s trouble with the comparatively little AV end points. So IT is realizing that the quality of the experience within the room requires the finesse of AV experts, and new partnerships are being formed. The conversation is just beginning, but it might just be that the big tower suddenly sees the stunning effects of the little building’s careful design.