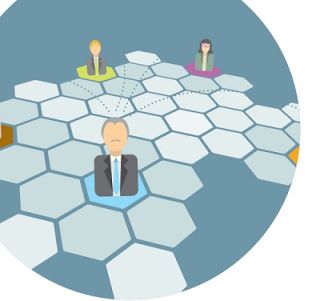 Cisco Senior VP Rowan Trollope recently facilitated a roundtable videoconference to introduce the newest version of WebEx—the company’s hallmark, web-based collaboration platform. Stanford University professor and TED Talk speaker Howard Rheingold joined the conversation, along with John Maass of the Moffitt Cancer Center. The event was notable not only because of the news, but the format itself which seemed to underscore that real-time collaboration technologies— specifically video—are on the fast-track to becoming the new normal in business.

The conversation centered on the Cisco’s vision of streamlining and consolidating the videoconference experience via WebEx’s new “personal office” functionality. Intended to extend the physical metaphors commonly used in personal computing (e.g. desktop, file, folder, etc), the personal office was designed to bring the various devices and forms of conferencing together in a single intuitive program. Courtney, a Cisco team member, weighed in from her iPhone in San Francisco to demonstrate the point. Trollope was also delighted to state, “You’re in my office right now,” and while we—the audience—understood this to mean his WebEx office, a minor theatrical flourish elucidated his underlying point. Trollope’s backdrop had initially appeared to be a generic office wall, a piece of paper reading “San Francisco” taped behind him for reference. When the time came, the façade was removed to reveal that he was in fact calling from the comfort of his home office.

Soon after, Howard Rheingold lent the conference some broader perspective on the growing benefits of collaboration in the digital age. He pointed to examples all around the world of collaboration and technology converging to “lower barriers to collective action,” such as the Arab Spring or the democracy demonstrations in Hong Kong. In regards to video conferencing and WebEx, Rheingold lauded the power such a medium provides, restoring the nuance of body language to telecommunication and tapping into the formidable computer literacy of Generation Y. Trollope concurred and opined that “WebEx will do for conferencing what Google Maps did for navigation.”

John Maass shared his own successes with Cisco’s CMRs and the numerous snags that befall him and his colleagues in the conferencing process. Some of his stories cast such shadows of frustration that Trollope’s little trick seemed quite a bit more impressive in hindsight. One of the key points he stressed was the importance of making a videoconference more convenient than a physical meeting, even for the technically illiterate.

Trollope wrapped up the conference with a brief round of questions. One prompted Trollope to add that Cisco is looking into integrating wearables and 3D VR tech (i.e. the Oculus Rift), although he expressed doubts that the greater community was ready for that step. He also added that Cisco will be hosting the video bridge in their cloud as service to users of the new WebEx. Only time will tell if WebEX will sit alongside self-driving cars as part of the new and near “future,” but the points made suggest the high probability.

Garen Sahagian is an editorial intern with AV Technology magazine.