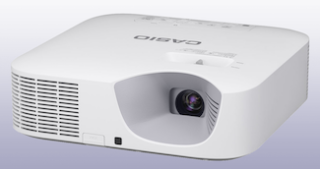 The What: Casio is expanding its lineup of LampFree projectors in its Core Series of LASER & LED light source models with new projectors featuring a 1.5X optical zoom lens. The company will also release four new Advanced Series projectors that offer superior scalability at an affordable price.

The What Else: Casio’s new LampFree models include four WXGA and three XGA models. All seven of these new models are equipped with a 1.5X zoom lens for optimal flexibility in projector placement. The Advanced Series models can also be used to power other devices with HDMI terminal connections such as Intel WiDi or Miracast wireless display adapters and stick devices, with the goal of offering superior scalability. Utilizing the company’s LampFree LASER & LED light source, the projectors are designed to be capable of operating over a lifespan of up to 20,000 hours.The Bottom Line: Casio’s new LampFree projectors are produced by Yamagata Casio, the Casio Group’s manufacturing base in Japan. The company’s projector development capabilities using LASER & LED light source technology have been brought together with the advanced production capabilities of Yamagata Casio, yielding excellent cost performance, while maintaining high quality and reliability.