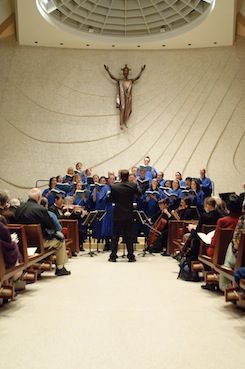 The installation of Tannoy QFlex 16's at Seattle WA's, Our Lady of Fatima, has allowed the church to eradicate difficulties parishioners had hearing the word, while maintaining the parish's ability to offer historically accurate musical performances.