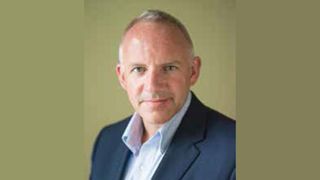 Earlier this year, video collaboration company Whitlock rolled out its Collaboration-as-a-Service (CaaS) offering. Through its partnerships with Microsoft and application developer Mural, the firm is providing an 84-inch Surface Hub (pre-loaded with Office 365), as well as Mural’s visual workspace solution. Software, installation, user and facilitator training, and support for three years is available to customers on a monthly subscription basis, and the company has similar offerings built around Polycom and Crestron technology.

While these solutions, packaged as a service, may be a first for Whitlock, Julian Phillips, the firm’s executive vice president, admits that in our increasingly as-a-service world, this model itself isn’t exactly new. “When I go and talk to someone who’s responsible for unified communications and collaboration at a major global enterprise, I don’t have to educate him about the value of subscription because Microsoft and Cisco have been there before me, and he’s now saying to me, ‘Can you do this kind of stuff? Because this is the way that we’re going,’” he said. “I would like to take credit for the fact that we’re ahead of the curve and we’ve done something innovative and what have you, but you know what? All we’re really doing is just trying to create something that is in demand by our customers.”

But the as-a-service model is new for many AV firms—at least, when it comes to supporting the customer’s shift from CapEx to OpEx on the back end. In an industry where companies are accustomed to the big up-front dollars associated with the sale of a project, incurring smaller—albeit regular—payments will require a considerable overhaul to organizations’ accounting and Phillips challenged, philosophy. “If you measure success by individual margins on individual transactions, I’m not saying it’s impossible, but it’s really, really hard to shift to a subscription, revenue-based model,” he said. Offering AV as a service requires companies to focus on the revenue potential that exists over the course of a client’s relationship with a firm, rather than on one-off sales. “If you’ve made the transition to realizing that it’s all about profit that you make from a customer over a long period of time, then the transition to subscription becomes much easier.”

Phillips acknowledged that incorporating an as-a-service model into an established business requires some effort. For one thing, companies may need to review how they’re compensating their employees. “Your salespeople might not necessarily get that big commission check for that million-dollar sale; they might actually get a little commission check every month,” he said. He believes, however, that salespeople who are focused on the long term stand to gain more under this model; over time, those smaller checks could add up to more than a fat, one-time commission. “You have to start thinking differently about the way you actually measure success, how you manage your people, and how you reward both yourself as the business, but also your people as well.”

Employees may also require expanded training to serve customers who expect high-level support. AVI-SPL has rolled out its as-a-service offering in the form of what the firm calls “Global Service Operations Centers,” or GSOCs, which provide things like monitoring, management, call launching, and concierge services. “All of this [is] part of the as-a-service model,” explained Danny Rogers, vice president of global channels and UC vendor alliances at the company. “So that [support] individual now is much more highly skilled—we’ve had to skill up as an organization. We’ve had to prove that we can deliver services of this nature in terms of that helpdesk and that capability for the as-a-service model.” He said that this, in turn, has won the firm a number of contracts from clients who have selected AVI-SPL because of these offerings.

But Michael Frank, sales development director at Biamp Systems, underlined that in order to embrace the as-a-service concept, AV firms must emphasize the sale of traditional service contracts. “You have to talk about service contracts up front,” he said. “You have to put it into the quote, you have to sell the value, you have to assume that it’s going to happen or it just flat-out doesn’t.” One issue is that not all AV firms have a culture in which service contract sales are emphasized; however, he also concedes that they can be a challenge in bid projects, where AV integrators aren’t always given the opportunity to include a quote for them in their proposals. “If I have no way to write it in [then the] customer can’t evaluate why [they ’re] going to choose this company over another company, and maybe they would choose them because this service contract is so much better.”

AVI-SPL has rolled out its as-a-service offering in the form of what the firm calls Global Service Operations Centers (GSOCs), which provide things like monitoring, management, call launching, and concierge services.

Rogers noted that, for AVI-SPL at least, launching a subscription-based model is made somewhat easier thanks to the manufacturers the firm works with. “The key AV manufacturers are now willing and able to support us in terms of taking part of that ownership and part of that hit themselves,” he said. “I think we’re going to see more and more of the key UC manufacturers being able to support resellers and systems integrators of our size and take [on] a lot of that burden.” He argued that this is a long-term “win” for manufacturers, who stand to build more loyal end-user clients as a result.

Once deployed, one of the main challenges AV firms must consider with as-a-service offerings is ensuring customers actually make use of the technology and services being provided. “Normally you would sell a service to a customer, and you [would] go in and do some training, and maybe train a trainer,” he said. With AV as a service, an adoption program is necessary to demonstrate the client’s return on investment. “We’re spending much longer with the customer and their staff to make sure they’re using the products and services that we have put in, to make sure that the return on investment and the utilization is much greater for all parties. The challenge is to make sure that the customers understand the value from a migration to an adoption model, buy into that program, and everyone then sees the ultimate benefits of that.”

One of the opportunities an AV-as-a-service model offers systems integration firms is the prospect of offering another service: analytics. Danny Rogers, vice president of global channels and UC vendor alliances at AVI-SPL, noted that an important component of a service offering is showing clients how—and how much—they’re utilizing the technologies and services they signed up for. “Analytics—whether it’s real-time or not, but particularly real-time—of their entire network and their usage stats is, I think, another part in the whole as-a-service model,” he said. “It’s a piece worth developing.”