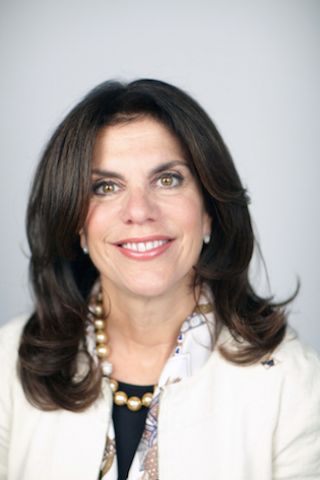 There was a trifecta of odds against her—the young woman from New York City flying to Houston to meet with the Texas boys’ club.

This fateful flight to Houston in 1987 was one of Victoria Cerami’s first orders of business as she took the reins of her father’s company, following his passing. Vito Cerami was a force in the industry at the time, a grandfather of modern acoustics, dating back to 1965 when he formed Cerami & Associates. So, packed with humility, tenacity, and honesty, Victoria headed to meet with a client she hoped to keep, the developer Hines. “They now—30 years later—are one of my dearest clients,” she said.

A few other clients gave her those first few opportunities, along with the ability to solidify her father’s legacy and to build a formidable one of her own.

The Cerami family story is one of the quintessential Italian immigrant in New York City—the taxi driver and seamstress who spoke no English; their son, the WWII vet, GI Bill beneficiary, and Pratt Institute graduate; then the daughter who, “always looked at him as that guy I wanted to aspire to be.”

She went to university to study acoustical and mechanical engineering and spent her summers learning what she did and—as importantly—didn’t like while interning at General Motors, General Dynamics, and Industrial Acoustics. After graduating the University of Hartford, she worked at General Electric in a management program, she said, because she didn’t know who she was yet, and her father, “who he was in the industry was bigger than life, and kind of hard to be in his shadows without some understanding of what I was really capable of.”

But soon, she observed her father’s aging and realized that if she didn’t join his firm, she might regret it. It was a prescient moment as he passed just a few years later.

There were other important mentors for her along the way, many from other clients: Augie DeGiacomo at Jaros, Baum & Bolles (JB&B); Walter Hunt, recently retired from Gensler. “Everybody needs somebody to help guide them, kind of be that keel, to have that vision, that perspective and objectivity that can propel you,” she said. “The uncertainty—of what I faced—it gives you the ability in many cases not to be fearful because you just don’t know what’s ahead of you.

Victoria Cerami's father, Vito Cerami“There is that fearlessness that was a blessing at 27. That really had me take more risks, had me launch out and try new things.”

With high profile projects like the New York Mercantile Exchange early on, fearlessness undoubtedly was a boon. Some more recent projects she is particularly proud of include Massachusetts General Hospital, in Boston, where acoustics are seen as an essential design element for a successful hospital; the new World Trade Center in Manhattan; the Detroit Red Wings’ Joe Louis Arena; and the Comcast Tower in Philadelphia.

Over the years, Cerami had the foresight to grow the firm from an acoustical specialty provider to a multidisciplinary AV and technology consultant.

Ultimately, the biggest reason Victoria attributes to Cerami’s success is that failure is simply not an option. “There has to be a solution. It’s all about seeing the solution and driving toward it.”