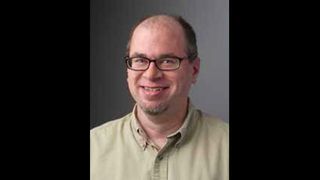 Name: John Urban
Title: Product Marketing Manager
Company: Biamp Systems
Plan Ahead: “AVB/TSN gives users what they want and prepares the network for current and emerging technology,” Urban said. Millions of audio, video, and data streams are in transit every minute of the day, and the digital highway continues to grow exponentially as the Internet of Things picks up pace and new arrays of devices and sensors are added. It’s a complex, fast-moving train of information that today’s end users require flexible access to in order to be more productive, informed, and entertained.

For some integrators, networking introduces complexities that they may not be comfortable dealing with. However, AV systems are moving rapidly toward (or are already) transmitting over standard Ethernet infrastructure, requiring integrators to adapt and become proficient with network design and troubleshooting. Audio Video Bridging/Time Sensitive Networking (AVB/TSN) offers automation to the AV network setup process, greatly reducing the amount of network configuration required when deploying a system.

Typically, all networks in a facility fall under IT responsibility and control, and it is becoming increasingly unacceptable to install a dedicated network for AV media traffic separate from the corporate LAN. AVB/TSN is designed to place time-sensitive media traffic on a network that also carries or transmits data traffic.

The AVB/TSN suite of standards was written by the Institute of Electrical and Electronics Engineers (IEEE)—the same organization that standardized Ethernet in the early ’80s. AVB/TSN is an open platform designed to address the data requirements of emerging technology by allowing audio and video to reside on the same network; streamlining the transport of deterministic audio, video, and data across the network while increasing reliability. It ensures the network is aware of the media needing to be transferred and that the network can handle the transfer by using bandwidth management tools including quality of service, traffic shaping, and bandwidth reservations to deliver high-quality, synchronized, and low-latency media streams.

The AV industry is steadily adopting AVB/TSN as network demands increase because it eliminates the burden of integrators having to build the complex network infrastructures to support ever-evolving AV requirements. And it allows integrators to focus on what they do best: delivering a high-quality, reliable AV experience that sounds great and is visually stunning. It also gives users what they want and prepares the network for current and emerging technology such as distributing 4K video over the network without running into quality and latency hurdles that can degrade the user experience.

An AVB/TSN-enabled switch is at the heart of this network advancement. This new breed of switches automates the configuration of VLANs, QoS settings, and bandwidth reservations, saving integrators significant amounts of time and frustration. In the last year, the AVB/ TSN switch marketplace has picked up pace as manufacturers realize the benefits from the integration standpoint (quality-assured setup that is consistently easier and faster) and for the end user (cost-effective installation and enhanced reliability of data transmission). Extreme Networks’ line of AVB/TSN-enabled switches have been available on the market for quite some time, as have Netgear and MOTU; now Cisco has entered the market, which is a harbinger of how network infrastructure will be standardized in the future. As the list continues to grow, others will inevitably follow, and the moniker of “special switch” will soon fade away.

Something people often call out are the cost of the “special switches,” but there are two aspects of that scenario to consider. The first is supply and demand economics—costs typically decrease as demand increases; manufacturers take advantage of cost breaks for bulk purchases and make concerted efforts to streamline the build process in order to meet the increased forecast. Therefore, as switch forecasts increase, their prices should fall accordingly, which is exactly what we’re seeing in the market right now.

The second aspect to consider is the quality of the alternate switch being compared against. There seems to be a natural tendency in pro AV to be comfortable spending money on the AV equipment itself—then suddenly go cheap on the switch hardware. If you’re using a $200 switch with $20,000 of AV hardware, your system is likely to suffer. Yes, some “special switch” vendors charge an additional license fee to enable AVB/TSN, and those fees can be substantial; other vendors offer the functionality as part of a free firmware upgrade. Regardless, you should always consider an enterprise-class server for multi-room systems, whether you use AVB/TSN or not.

It’s also important to note that AVB/TSN’s adoption goes beyond professional AV. In the consumer electronics, industrial control and monitoring, and automotive industries, the AVB/TSN protocol has become a test bed for solving critical real-time control and synchronization of automated manufacturing. This is especially significant in industrial IoT applications where manufacturers must develop secure links between the factory floor and smart edge devices. It requires the utmost precision, which had previously been done by numerous dedicated networks using custom protocols designed for each piece of machinery. With AVB/TSN, this coordination is simplified and eliminates the need for additional processing endpoints. All of these devices can be placed on the same network (not unlike how integrators add AV components to the network) and guarantee that the controls to automate that process are done in a synchronized, reliable, and bandwidth-protected manner that product manufacturing requires.

AVB/TSN remains on the Slope of Enlightenment in Gartner’s Hype Cycle methodology, but its momentum of adoption is increasing rapidly. Much like VLANs were new and “special” in the ’90s but are nowadays commonplace, it’s simply a matter of time until AVB/TSN reaches a status of ubiquity in network design and usage.