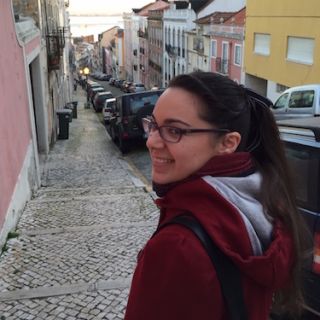 Why You Should Know Her: The Alvin Ailey stage manager turned AV project manager, “discovered a love of shepherding the creative process,” early on in life. Gina Costagliola proves that you don’t need to get all that technical to excel in AV. When she decided she was tired of the touring life, a former colleague set her up as an intern at AV&C. She quickly went from taking notes during presentations to eventually having her hands in most every end of the business, including self-taught relational database design to build an internal resourcing tool.

“When I was interning here, they basically threw stuff at me to see if it stuck. Like, ‘Oh, you’re competent and organized, you can do this, and that,’” she explained. “Then the role sort of evolved into some operational but more project management.”

What She’s Done Lately: Building software is a lot of what AV&C does, which has led to some custom content management systems (CMS). One corporate client had these ideas of putting different content channels on various screens in the workplace, covering a large array and some smaller displays. Costagliola helped imagine a back end CMS with interesting ways to display the data coming in. It wasn’t simply creative data visualization though, the system needed to eventually scale up, so executives could access their latest files and present them to clients on demand.

There was a museum-based project that AV&C built the software for, as well as a few touchscreen interactives, which required a custom CMS to pull in content from various online databases that weren’t publicly available. AV&C had to work with the necessary organizations to get APIs and then draw data in to specifically feed the information for the museum piece.

She has found it rewarding to discover the underlying challenge in a deceptively simple sounding concept, like making LEDs blink. In searching across the globe for individually addressable RGBW LEDs, an AV&C designer eventually found one company in China making them, but there was no software or connectors for it. “It’s really fun to be on that—cutting edge feels like a dramatic word for tiny blinking lights, but it’s totally cutting edge! As in, nobody else is doing it yet,” she said.

How She’s Making an Impact: A top contender for the most modest person in the industry, Costagliola claims she knows only the basics about AV and has picked up technical knowledge along the way. She excels in some key practical skills that serve as critical contributions. “Mostly where I’ve been able to be useful is translating, the communication,” she explained. “We obviously have many wonderful designers who are great at client facing and translating those needs, but then recording them, making sure nothing gets lost in the process, and just being a sounding board,” are where she leaves an indelible mark.