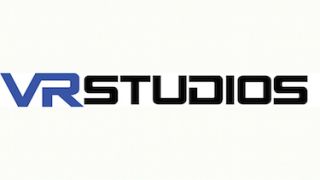 The two companies announced that Stampede will serve as the premier North American pro AV distributor for VRstudios’ virtual reality platform and products. The agreement is aimed at introducing a new product category to the pro AV industry and further accelerating the sales and distribution of VRstudios’ VR business solutions to a broad range of enterprise companies across the United States and Canada.

“VRstudios is the emerging leader in the global delivery of wireless, full-motion, and multi-user virtual reality (VR) experiences for entertainment and commercial enterprise customers,” Stampede president and COO Kevin Kelly said. “We believe that virtual reality is going to have a profound impact on the pro AV industry. The platform and products developed by VRstudios are going to make it possible for our 12,000 resellers to help end-user customers across all of our vertical markets to make virtual reality an integral part of their enterprise.”

According to Kelly, the VRstudios agreement marks the first time that enterprise companies across North America can access VRstudios’ unique VR capabilities and products through major pro AV resellers. It’s also the first time that they can receive installation, training, and support programs from a single source. “Just as we have pioneered the development of unified communities, IoT, drones, and drone video systems into dynamic new business categories for pro AV resellers, we will do the same with virtual reality solutions for enterprise customers,” Kelly said.

VRstudios is working to bring real business solutions to numerous industries, such as entertainment, architecture, design, construction, aerospace, and health care, among many others. According to the company, its relationship with Stampede will help ensure that more enterprise organizations have increased access to VR and related support and integration programs.

“VRstudios has significant growing demand for our products and it really helps to have access to powerful reseller networks like the one offered by Stampede,” said Charles Herrick, CEO of VRstudios. “The potential for ROI on VR in the industrial sector is enormous and often instantaneous. However, it requires resellers who already know their clients’ needs and already have an established track record of support. Stampede is also moving very quickly to build the necessary infrastructure required throughout North America and elsewhere. It’s exactly the level of commitment and professionalism we were looking for.”

VRstudios’ systems, content, and experiences have already begun to gain adoption internationally. The company has recently announced worldwide agreements with prominent amusement theme park and arcade companies, such as Meraas’ Hub Zero in Dubai, Simuline of Korea, and Denmark’s Smartlaunch, all of which operate globally.

“VR is moving from being an interesting application to a business necessity. Companies who adopt VR now will be the innovators and formidable competitors in their industries,” added Herrick.