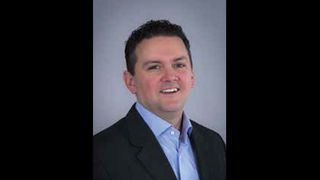 SCN: If you had not had a career in the pro audio industry, what would you have done instead?
Jeff Rocha: I have been a musician since the age of 10, but had truthfully not seriously considered a career in the industry. Upon entering college, I majored in electrical engineering at Worcester Polytechnic Institute with an emphasis in communication systems and signal processing. My expectation at the time was that I would earn my degree and land a role at one of the many digital hardware companies in the northeast.

But during my junior year at WPI, I enrolled in the only audio engineering course offered. The professor, Richard Campbell (who sadly passed away in 2012) noticed a natural aptitude for acoustics and encouraged further pursuit—going so far as to personally send my resume to a few of his friends. One of those friends was Kenton Forsythe. And so began my journey in professional audio.

SCN: Which of your designs are you most proud of and why?
JR: Tough question. And so many of the projects that I worked on were very collaborative in nature, so I am hesitant to call them my designs. But I always come back to the KF750. That development project was very early in my career and started life as an effort to maintain very narrow and consistent three dimensional directivity over a very wide bandwidth. It was ultimately developed and marketed as a new trap box PA that suffered many of the challenges of that generation of sound reinforcement, which was ironically supplanted in the market by line source technology in the form of the L-Acoustics V-DOSC system.

But given the original design intent, the product had remarkably wide bandwidth control and tremendous output and impact. I managed to patent a few of the core technologies and learned an awful lot along the way. The experience of that project shaped much of my subsequent career in engineering.

Jeff Rocha’s favorite collaborative experience is being able to perform with his three sons. Once a year, they let him play in their band for a tiny concert in their tiny town.

SCN: You’ve no doubt seen quite a few live music productions over the years. What are some of your favorites, and why do they stand out?
JR: There have been many. The best are always those moments when the experience transcends the concept of the production and enables a deeper connection to the artist. I have been to many shows that started out as work but evolved into something more profound as the evening wore on.

Some stand out. Pearl Jam at Key Arena in 2002—the album “Ten” dropped during my sophomore year in college, so to see them perform on a system that I helped develop was special. Standing next to Dave Rat for the Red Hot Chili Peppers at the Garden in Boston; he even provided my wife and me with a milk crate riser to enhance the experience. Standing next to Scovill for Petty at Fenway—an unbelievable night.

But the best of all was seeing Prince in 2000 at the 2,500-seat Palladium in Worcester, MA, for a tour kickoff show that had been announced the night before. My friends at Scorpio Sound gave me a call to let me know that they would be supporting the show with an EAW KF750 rig. To see Prince—who was more talented than I could possibly have imagined before seeing him live—on that PA in that small venue at that point in my life was unforgettable. I was so saddened by his tragic passing.

SCN: What are some of the opportunities you hope to explore with L-Acoustics?
JR: L-Acoustics is a spectacularly innovative company that is driven by a constant desire to elevate the experience of live performance. This pursuit has led the company to industry-defining innovations and a leadership position in the most influential of markets worldwide. I hope to be able to partner closely with the talented applications, marketing, sales, and development teams to drive even broader market awareness into the front end of the development process and to also magnify our footprint into an expanding list of vertical markets. L-Acoustics is a wildly successful organization—but I truly believe that we have only begun to scratch the surface of the overall impact that we can have on the industry. I am very excited to be part of this team.

SCN: Please finish the following statements.
JR: One of my favorite collaborative experiences was... Professionally, I have had many. I have had the opportunity to collaborate on some of the most innovative projects with some of the best minds in our industry. But my favorite collaborative experience is definitely being able to perform with my kids. I have three sons, and once a year they let me play in their band for a tiny concert in our tiny town. It is truly a gift.

The most important thing I’ve learned in the past 20 years is... learn from the past — but think big and always look forward.

To build on and expand its position in the pro audio industry, a company should... always remember why. Remember why you started your company in the first place. Stick to those founding principles, ensure that the market knows who you are, and be consistent.