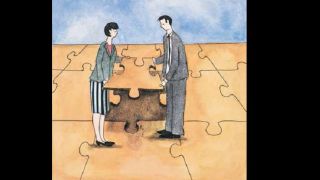 More often than not, discussions with clients about IP video distribution schemes focus on the codec. The choice is broad, with almost every codec option requiring some degree of compromise. So how do you choose the ideal video codec, and how can you ensure your choice will still be supported years from now?

Choosing a codec is very broad, with almost every option requiring some degree of compromise. The choice of video codec is not where you start the journey, according to David Shamir, senior product manager, Atlona. “It’s very dependent on what exactly you are trying to achieve,” he said.

Certainly there is a general migration in the AV industry to packet-based IP solutions, but a circuit-based approach such as HDbaseT may be preferable in some applications. “Both technologies offer very good value,” Shamir said.

“If it’s a huddle room, HDbaseT makes sense. But if you want to connect rooms or facilities or venues, you need a different solution. If you’re building a facility, and you know that in two or three years you’re going to build a new facility, or this one will change, you’d better start thinking about IP. Then we can enter the discussion about what codecs are available and how they map against use cases,” he said.

Depending upon the choice of codec and the circumstances, there is a tradeoff between those parameters. “Here are three items: pick two. You can have low latency and low bandwidth but bad quality. Or good quality and great compression with low bandwidth, but you’ll have very high latency.”

The broadcast industry is making huge strides to switch over from SDI to IP, continued Kennington. “Pro AV is kind of the holdout. But what we’re going to see, in the end, is a world of zero latency, zero-compression codecs on high-bandwidth networks—exactly like AptoVision does—and, complementary to that, very high-efficiency, low bandwidth codecs for wireless devices.”

HDbaseT is still very viable, agreed Eric Norrell, product manager at AJA Video Systems. The ability to leverage installed category cable should also not be underestimated. “But if you don’t have that in the walls, it’s a complete nightmare to redo a new facility,” he said.

AJA products have long embraced the simplicity of 3G-SDI’s point-to-point transport. “But in 2016, there’s no point getting a facility ready for 2012. You want to get ready for 2020 and 2030 and make tech decisions that can help you get to that place,” said Norrell. To that end, “We have endeavored around SMPTE 2022 in the world of pro video—basically, SDI video over IP.”

At NAB this year, AJA added an IP variant to its line of KONA capture cards, which enable the introduction of baseband video signals into editing computers or other systems. These days, that also includes digital signage and virtual reality, Norrell said.

Signals may be sent uncompressed or with light compression. “But it has been very difficult to pick one of these technologies to go forward on,” he reported.

“From the vendor side, you don’t want to be wasting time chasing down a protocol or a technology that may get abandoned or is too proprietary,” added Bryce Button, product marketing manager for AJA. “We try to pick technologies to serve integrators, installers, and end users that we think can be relied on.” AJA is co-founder of the 50-member-strong Alliance for IP Media Solutions (AIMS), evaluating emerging standards and driving the industry toward interoperability, he said.

AptoVision’s use of FPGA chips provides customers with an upgrade path. “Our first product was just the codec. In our latest generation [BlueRiver NT+], we’ve added things like upscaling, downscaling, video wall processing, multiviewers,” said Justin Kennington, strategic and technical marketing, AptoVision. Shamir has evaluated video codecs during product development at Atlona, weighing quality, efficiency, and latency as well as the potential engineering costs. “H.264 video quality was okay, but implementation costs were very high. Latency was a little bit high: 140, 160 milliseconds, end-to-end—and that was after tweaking it,” he reported.

“The image quality was very, very good. The latency was extremely low—9 milliseconds; it takes 20 milliseconds for an eye to blink. Implementation is very light, in terms of design. It enabled us to do two channels in the same infrastructure where JPEG allowed only one.”

“As the bandwidth continues to increase, there will be different schemes, but for the most part, I’ve been pretty impressed with TICO and some others that are close to visually lossless, and very low latency,” Button said. “I think we’re within grabbing distance of these 4K and UHD workflows, but not quite able to fully realize all of that in most production environments.”

There is an upgrade path with AJA cards, Button continued. “We were clear from the start that the cards could handle new protocols and compression schemes. Most of it will be free, unless there happens to be a licensing fee for a particular compression scheme.”

Limited bandwidth can be a hurdle, certainly. A 4K uncompressed stream might max out the pipe, observed Kennington. “If you’re going to build new infrastructure and dedicate single pieces of cable to single routes of video, just use HDbaseT,” he said.

“But rather than install a secondary, application-specific network with no other use, let’s add 10-gig capabilities to the network. And, by the way, AptoVision’s solution carries a one-gig data network inside our Blue River channel, for IT data to ride alongside ours.

“The way we’ve positioned ourselves is that the AV guy can essentially pitch to the IT guy an excuse to expand his network. The IT guy knows how to install and manage it, without training or any new tools.”

The choice of video codec is not where you start the journey, according to David Shamir, senior product manager, Atlona. “It’s very dependent on what exactly you are trying to achieve,” he said. AptoVision’s use of FPGA chips provides customers with an upgrade path. “Our first product was just the codec. In our latest generation, we’ve added things like upscaling, downscaling, video wall processing, multiviewers. Because we’re building on this infinitely flexible platform, that upgrade path exists for real, significant new features.”

Ultimately, the application dictates the most appropriate codec choice. “If you are going between buildings in Australia and London, it’s better to use something more efficient, because the telco guys or the fiber provider will charge you by bandwidth. So you might want to use H.264 in that case,” said Shamir. “On a campus with dozens, even hundreds, of huddle and meeting rooms and a robust network infrastructure, low latency and good image quality is instead desirable, because a lagging pointer in a presentation is unacceptable.”

Shamir cautioned integrators to carefully evaluate uncompressed video schemes. “This connection is commonly sold as 10G, 10Gb per second. With UHD, the lowest you can go is 6Gb per second between location A and B. So how many videos can you do, simultaneously? One. That’s a fundamental problem,” he said.

So too is the fact that 10Gb PoE is not yet a reality. That can create headaches—and additional material, labor, and even permitting costs—when installing or expanding systems, he added.