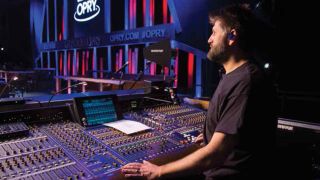 Like a finer pixel pitch or a more precisely steered loudspeaker array, 2017 will be a year of refinement. Not strictly from an “evolution rather than revolution” standpoint, but more in terms of specialized quality enhancement. New, smarter gear will discreetly get the job done in the background and let the front end of systems impress with more engaging functionality. The evolution of recent years is coalescing into an actual networked AV ecosystem that kinda looks like we all hoped…at least conceptually.

“We need to behave and think like IT companies more than we ever have."—Chad Wiggins, Shure Incorporated With 2016’s product introductions, we’ve heard a lot about flexibility and scalability. But to address a little thing called reality, we’ve got to talk about usability and reliability. That’s what next year is about. AV manufacturers are translating recent infatuations with collaboration and IoT into actual earthbound functionality. Don’t let the word “platform,” which is often bandied about in conjunction with these new technological releases, distract you. It’s not just another word for what we’re already doing. It’s a new mindset about how system pieces should fit together.

Take it from Shure Incorporated, a manufacturer with almost 100 years of experience making electrons move—they get it. It’s time for hardware to catch up with what increasingly IT-centric end users expect, and what AV integrators and consultants have been designing in their minds. Suddenly, quite possibly, “the way it should work” is how it might actually work.

“The convergence of AV and IT happened first at the client site, followed a few years later within the channel, and now it’s the manufacturers’ turn to converge—we need to behave and think like IT companies more than we ever have,” observed Chad Wiggins, Shure Incorporated’s senior director of networked audio systems. “We’re making devices and they’re all connected to networks, and some of those networks are connected to the internet—IoT is going to become relevant for the AV market. For vendors like us to serve the market best, we need to adapt and create tools right now that can be updated and upgraded remotely via software for the service life of that product.”

“You can get so much more functionality and capability and often for much less cost with specialized manufacturers.” —Greg Schwartz of BTX No small task. But, Wiggins pointed out that the IT community has long enjoyed the comforts of remote management of networked devices that provide reporting. Now it’s time to add audio device intelligence to that list.

Without question, Shure and other AV manufacturers have been focusing their development efforts on the creation of IP-addressable network devices. And as a result, we’re in a phase where software is enabling a lot of audio/video functions, features, and services that benefit not only the user, but the integrator, too. Now it’s possible to deliver high-quality audiovisual support at a lower cost, and—bonus—those systems are scalable.

Scalable means lots of things, but in terms of AV hardware, one of the chief correlatives is modularity. In the world of video over IP, instead of fixed inputs and outputs associated with traditional crosspoint switching chipsets, we’re talking about the flexibility of network switches. Specifically, ever-present, happily quite-commoditized gigabit ethernet switches. New video-over-IP hardware takes advantage of this setup, and that means users can get the I/O counts they really want, and it’s easy to get more whenever they need to add it, observed A.J. Shelat, VP of sales at Hall Research.

This works well across AV verticals, which will experience a sort of rising video-over-IP tide floats-all-boats effect. “There are a good number of applications that can benefit from a video-over-IP type of form factor and product set,” Shelat said. “It’s not going to replace everything we make, but it’s going to change the way systems are looked at, designed, and implemented. It’s going to bring in a lot of positives. With the flexibility, scalability, and the lower cost, we’ve hit three major points there. Especially because we all know that once we get to a job site, the job always changes, or what the end user thought they relayed to the dealer is not what they envisioned in their head. And now the extra flexibility allows them to add to a system if they want to, rather than scrap the equipment.”

Sure enough, the AV-over-IP market is booming for providers of every part of the chain. And the ones seeing the most growth are the manufacturers and systems designers who build on the flexibility of this newly adopted infrastructure with some seriously “bespoke” boutique offerings. With the connectivity simplified (so long as you have network chops), now is the time to serve today’s sophisticated customers with more bespoke tools.

fine-pitch LED at the Peter J. McGovern Little League Museum in South Williamsport, PA. If you want collaboration, aim high, and get the good stuff from specialist manufacturers, advised Greg Schwartz, president and CEO of BTX. “The world is changing, and it’s going to open people’s eyes to other manufacturing specialists,” he said. Expert, network-ready manufacturers in areas like streaming and collaboration present all the IT reliability of remote management and upgrades, and often with the added perks of lower engineering costs being passed down to customers. “You can get so much more functionality and capability and often for much less cost with specialized manufacturers,” Schwartz observed.

One area of specialty that is seeing an uptick in innovation is room control and scheduling. You’d think that bit was figured out by now, but the overall reboot of AV into IT vernacular is presenting much more sleek interface options. A truly refined 2017 version of control will do a lot more automatically, Schwartz predicted, maybe via sensors that know who just walked into a room, but even more likely with the aid of a nice, cleanly designed user interface. That too may soon be even more sparse, he noted: “If you really think about it, there are only so many things that someone wants to control in a room, and once you start ticking them off, how many of those are going to be handled by sensors, and then how many do you really need?”

One thing that will get bigger in the networked AV era is displays—at least the ones built for use by more than one person. Because, well, there’s more content to show and prompt engagement. Next year, expect to see finepitch LED used liberally wherever massive amounts of information need to be shared, or where the increasingly popular demand for an immersive effect is the goal. Immersive also means interactive, and that’s where digital signage will continue to make progress, according to Jennifer Davis, CMO of Leyard. Citing vibrant touchscreen solutions and real-time body and face tracking as next-level treatments in digital signage, she predicted that a whole bevy of creative applications awaits.

“While many organizations are installing videowalls, in today’s world, there’s no reason to limit oneself to the four walls of a building,” Davis noted. “From ceiling and floor installations to countertops, digital signage can enhance almost any surface. Companies can design see-through installations on glass surfaces, overlaying text, images, and video onto physical objects that sit behind the glass. They can build captivating 3D installations that people can view in virtual reality using lightweight glasses. And they can tile displays into nontraditional shapes to create a mood or atmosphere that complements their brand.”

Statoil Mariner control room mock-up showing RGB’s MediaWall 4200. On the back end of those big displays is a little thing called “big data,” and a lot of it is visual, or needs to become visual in order to be utilized. Which means that video display, management, and distribution must also be refined in our new AV world. The visualization of all these sources down to the minutest detail will be presented in heat maps that show correlative connections on large-scale video wall displays, according to Bob Ehlers, VP of marketing at RGB Spectrum.

Video walls are a good thing for the AV market, but again, there is additional opportunity in the refinement of how visual data is delivered to these displays. Here too, we are going to see more “smart” solutions that don’t just move data, but process it, too. By moving to a standard network infrastructure model, AV has done itself a favor, in that data analytics can be applied as filters in how video is delivered, Ehlers explained. Rather than moving all the video, all the time, back and forth between sources and increasingly popular cloud-based processing services, or even the displays used throughout an enterprise, data will be selectively sent based on software-programmable filters. “If I can put some level of intelligence and application out at the edge, so that maybe some of the video is stored, and I run a little bit of an analytic, video doesn’t get sent until something important happens,” he described. “That way, I can eliminate 98 percent of video going back to the cloud, only taking the two percent that matters.”

That seems pretty efficient, which is another hallmark of AV refinement. So, looking ahead to 2017, as we reap more of the benefits of IT infrastructure, the next step is to make these convenient, efficient, and widely adopted smart AV systems even better.