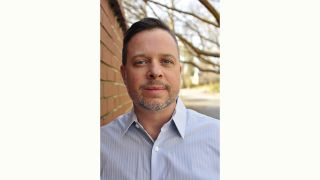 If you’ve been around the AV industry a while, chances are you know Michael Bridwell. Over the better part of the last decade, the affable, enthusiastic Southerner piloted the marketing operations at Digital Projection International as the company expanded by leaps and bounds, reaching into new markets across the globe.

But last fall, he was presented with an opportunity to lend his skills and vast industry connections to the germination of another company, Screen Innovations, and he jumped at it.

“I’m so proud of what I did at Digital Projection,” Bridwell said. “Digital Projection is in a completely different place than when I joined them, and I was just a small part of that, but it felt great to grow that company to that size. And then I saw Screen Innovations as kind of a similar opportunity: they wanted to grow, and I could see some obvious things that they could do right away to cure a little of the growing pains they were having. So that, in conjunction with me being able to be home with my family more at a day-to-day level, it was one of those once-in-a-lifetime opportunities I couldn’t pass up.”

According to Bridwell, the offer to work at SI arose from a lighthearted exchange during meetings between his former and current company at the Total Tech Summit in Atlanta last November. “We were pitching together in a boardroom, and Ryan [Gustafson, president of SI], in the middle of my pitch looked over at me and said, ‘You’re probably going to come over and work at Screen Innovations,’ and we kind of laughed and shrugged,” he recalled. “Because in this industry, at any time, you can be pitched on a crazy idea. And then it actually turned out that he was very serious.”

From Bridwell’s past interactions with the company, he knew it was a culture he could see himself being a part of. “SI has a very mature, well established residential presence today. And a lot of that was accomplished through blood, sweat, and tears, developing a leading-edge product, and then everybody just sprinting for every opportunity—everybody just working so hard,” he said. “And that spirit is what is ingrained in Screen Innovations; that’s one of the first things that attracted me to them. I would partner with them, and I would see all of this determination and energy. Digital Projection was a much bigger company than SI, but SI had all of this hustle.”

Bridwell said that one of the reasons that SI was attracted to him was his track record of strategic marketing on the commercial side, an asset they felt would help them expand upon the success that their ambient light-rejecting screens have been enjoying in light commercial applications.

“They started to see that there was potential there for the true professional AV community at large, especially in terms of corporate AV and worship applications, where they’re all dealing with ambient light,” he said. “So they started to build that business and started to realize it would be a good opportunity to bring somebody in who doesn’t have to have their feet on the street, from a sales position day to day; they can think a little more strategically, and help the matured residential side of the business go to its next level, and at the same time, bring a lot of contacts and context to what they were trying to do on the commercial side as well.

“And that’s really what my goal is: to come in and structurally help everybody understand what the goals are—day to day, week to week, month to month—while the team continues just to absolutely outhustle everybody that I’ve ever seen. So I’m just here, helping behind the curtain on the strategic side.”

(From Left) Bridwell with Screen Innovations’ Shannon and Ryan Gustafson at CEDIA 2016, where the companies partnered.

Since starting with the company at the beginning of the month, one of the biggest differences he’s noticed between SI and DPI is the pace of business. “They’re small but they’re fast and they’re energetic; they make decisions very quickly, because they’re able to, and they’re able to seize on opportunities way quicker than what I’m used to,” he said. “And it’s just that lithe capability of a smaller company, and it’s been fascinating for me.

“I went from a company where I was one of the younger people on the senior team, and now at SI, I’m one of the older people, and it feels very disorienting. People are teaching me every day about new uses of technology to stay in touch with each other—and I thought I was pretty cutting edge, so it’s been humbling for me.”

But overall, he appreciates the new atmosphere in which he’s working, and the motivation it gives him. “They lead 100 percent with their culture,” he said. “They know what the ‘SI Way’ is—that’s what they call their cultural ethos—and everything that you see is a reflection of that. So it’s kind of addictive, when you get exposed to it, and it makes you want to dig in and makes you want to work hard, but it also makes you want to have fun doing it. It really brings out the fun aspect of this weird AV industry that we’re in.”