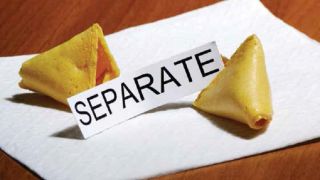 When you consider how much time, effort, and money companies spend on recruiting and training the best people, employers are usually less than thrilled—angry, even—when a good employee announces it’s time to part ways. But the reality is, your highest-performing employees will probably leave, presenting you with a choice: Do you tell them not to let the door hit them on the way out, or do you lay the groundwork for a solid, fruitful relationship long after they’re gone?

Susan Reilly Salgado Susan Reilly Salgado is founder and managing partner of Hospitality Quotient, a management consultancy based in New York City. Like her firm’s name suggests, Salgado and her team counsel organizations on how to apply the principles of hospitality in the business environment to create positive workplaces, and therefore, happy employers, suppliers, and customers. Unsurprisingly, Salgado advises employers to check their egos at the door when an employee informs them of their pending departure. “We have to ask ourselves: What is best for the employee and what’s best for the company?”

Growth, she noted, happens in a number of different ways, and sometimes an employee leaves a company in order to grow. When this happens, it’s also an opportunity for the organization to grow. “We’ve seen it on our own team, where people who we never thought we could live without, when they depart, it creates this enormous opportunity for the company,” she said. “You reimagine a position or a role on a team that you would never have considered as long as that fantastic employee was in it. And that’s such a huge opportunity.”

Cliff Ennico Opportunity also presents itself where the employee is going: They could wind up being your customer. Or, said Cliff Ennico, a Fairfield, CT-based contracts lawyer and author of 15 books for business owners, including Small Business Survival Guide, they may have been hired by your customer, and this employee’s entrance into the organization could unveil a new set of opportunities you didn’t have access to previously. “If GE is a big customer of yours and one of your employees gets a job offer from GE, that could be the best possible thing that could happen to you, because now you have a friend on the inside,” he said. When an employee leaves, he added, it’s necessary to be pragmatic about the negative things that could arise as a result, but it’s also important to look at the bright side.

Jay Myers Jay Myers, president and CEO of Interactive Solutions, Inc., an AV design and integration firm based in Memphis, TN, and author of Hitting the Curveballs: How Crisis Can Strengthen and Grow Your Business and Keep Swinging: An Entrepreneur’s Story of Overcoming Adversity and Achieving Small Business Success, relays the story of one summer early on in his career as a business owner where two key salesmen announced their departures. One now works at Cisco, and actively provides leads and supports ISI’s sales efforts. The other now owns his own company that develops recording and streaming products, of which ISI is a buyer. “You want to be able to maintain a solid professional relationship [with those departing employees] because, very frankly, they may be able to be of value to your company—they know a lot about it if they’ve been with you,” he said.

An employee’s departure also provides the occasion for business leaders to do some soul-searching, Salgado notes. “It’s very important to ask yourself: Why is this person leaving? And to ask them why they’re leaving,” she said. In some cases, there is no way for you to compete against their reasoning: If they’re opting to take a job that significantly reduces their commute, therefore enabling them to spend more time with their family, chances are you’re out of luck unless you can work out a more flexible telecommuting position, for example. “But if they’re leaving because of a workplace issue, or because of the job design, or because they’ve been wanting to grow and they can’t grow, then you have to ask yourself: Am I really thinking about my employee practices and ensuring that I’m creating an environment where my team can thrive? Because if you have winners on your team—really great people—they’re going to want to grow.” And if you can’t—or won’t—provide that opportunity, chances are they will move on.

One of the issues that small-and medium-sized businesses face is that even though they may love the idea of helping their employees grow, there are only so many positions within the company, and only so far an employee can climb the ladder. But Salgado reminds us that just because an employee secures a new, more challenging, position with someone else, it doesn’t necessarily mean that you’ve lost them forever. “If you maintain a really strong and positive relationship with that person, they may go off to another job, learn a whole bunch of new stuff that they never would have learned with you, and in two years, you may have another job open that they are now more qualified for than they ever would have been if they stayed with you because they’re bringing this outside experience with them,” she said. “We’ve seen in organizations where people then want to come back because they realize how good they had it. And if you’ve had a great relationship and they’ve been a good employee, then you welcome them back with open arms.”

It’s perfectly natural for employers to worry that if an employee leaves for the competition, they’re going to take business with them. Some opt to protect themselves against this by having employees sign non-compete agreements. The question is: Do they work?

“It’s getting harder and harder to enforce the traditional non-compete clause in an employment agreement, the one that says, ‘for two years after your termination, you cannot work for another company that competes with us,’” said Cliff Ennico, a contracts lawyer based in Fairfield, CT, and author of 15 books for business owners, including Small Business Survival Guide. “Courts are striking these down left and right now because they feel such agreements by their very nature deny a person the right to earn a living.”

Instead, Ennico counsels employers to focus on agreements pertaining to confidentiality and trade secrets, provided that they’re carefully worded. “You should say, very specifically, what information you consider proprietary or confidential; the narrower the definition, the more likely it will be enforced in court,” he said. If your confidentiality clause covers any information the employee learned during their tenure with your company, it’s likely that your agreement will get thrown out of court. “But if you say ‘your specific involvement on a project that develops a product or service for the company’ is to be treated confidential, that is much more likely to be enforced because that’s specific. You have to be reasonable; you can’t claim anything the employee learns is confidential information. But if you limit it to things that you really, legitimately think are trade secrets, it’s much more likely to get enforced.” He adds that employers should also consider putting a non-solicitation clause in their employment agreements that says the departing employee may not direct any business away from your organization to another business—a competitor, or their new employer, for example—usually for a period of two years.

Ennico also advises employers to include a term in their employment contracts saying that should the employee leave to work for another organization, the employer has the right to share that contract with the individual’s new company. “You need to have the right to send the agreement to the people that hired them and say, ‘Please be advised—we see that you’ve just hired Joe and we wish him well, but you should be aware that he’s subject to an agreement with us and here it is,’ without having to worry about any kind of privacy lawsuit or something like that coming back at you.”
—C.H.