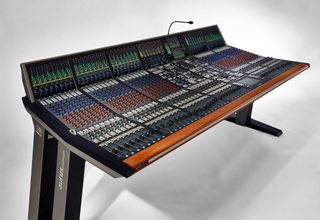 Stage Tec will celebrate its 25th anniversary on July 1, 2018. The company was founded by 20 shareholders, including 13 engineers, most of whom still work at the company in Berlin today.

Stage Tec launched is first product just four months are the company was founded in 1993—the NEXUS digital audio router. The audio router featured a distributed concept with entirely fiber-optic cabling, and won the Technology and Engineering Emmy Award for the “the finest, most versatile audio routing system available today”.

"We would like to thank our customers, whose wishes continue to drive the further development of our products, but who have remained loyal to us even in difficult times," says Dr. Helmut Jahne, managing director, Stage Tec. "We would also like to thank our employees. Their commitment and inventiveness continue to justify Stage Tec's reputation as an innovator. Last, but not least, our distributors around the world have played a major role in our success. Together, we will continue to shape professional audio technology in the future and bring ground breaking developments to market."