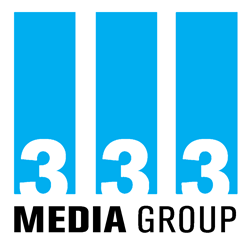 Ricci and Tornquist met several years ago working side by side in many capacities in both the Atlanta and New York markets during their time at event technology company American Audio Visual Center.

One year ago Tornquist started Open Minded Companies and Artists of the Industry with Jim Carlson. Open Minded Companies (OMC) is a holding company based in Scottsdale, Arizona and operates Artists of the Industry (AOFTHEI), a creative content production agency and studios with its headquarters in the North Shore area of Chicago in Northbrook, Illinois. OMC and AOFTHEI provide a unique connection for 333 Media Group, providing interactive technologies, VR, AR and complete music and film studios under one roof, completing 333 Media Group as a full service, concept to execution experiential event marketing and live production partner for corporations and associations to find one stop shopping for all event production needs.