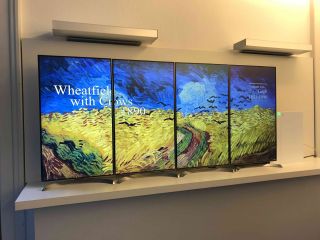 The What: Navori will debut IPR, a new software platform that accelerates performance rendering for digital signage at ISE 2019 . IPR, short for Insane Performance Rendering, makes it  possible to drive 8K video walls or four clusters of 4K digital signage displays from a single media player, resulting in dramatic cost-savings for systems integrators and end users, according to Navori.

The What Else: IPR’s “insane” performance rendering capabilities are based on Navori’s 64-bit player software and optimized PC hardware. IPR can power a full 8K video wall, or as many as 16 full HD displays, from a single device. One IPR license for Navori’s QL2 content management system software covers either scenario.

“IPR is a breakthrough technology for delivering content resolution of this magnitude from a single PC,” says Jerome Moeri, CEO, Navori. “Systems integrators save on hardware, software licensing and labor through a reduced installation footprint, and a technology that is simple to configure and maintain compared to a filled server cabinet.”

The Bottom Line: IPR adds further value by only using 20 percent of the CPU when displaying 8K content due to its highly efficient use of processing power.  Because the workflow is centralized on one workstation, IPR can frame-accurately synchronize with any content type, including HTML5 and tickers. Navori will demonstrate IPR’s possibilities at Stand 8-E195 at ISE 2019.