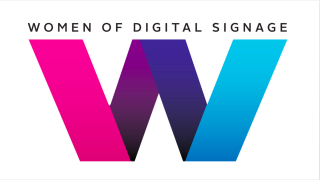 In an effort to unite the increasing number of females in the digital signage community, a group of industry leaders has formed the Women of Digital Signage. The new group will host its inaugural event during the Digital Signage Expo at the Las Vegas Convention Center.

“Women are making up a growing percentage of the digital signage community,” said Andrea Varrone, co-founder of Women of Digital Signage and show director of Digital Signage Expo. “I wanted to create a comfortable space for females to celebrate each other, and to encourage other women to join the industry. After speaking with colleagues and friends, we decided now was the time to launch this valuable networking group.”

Women of Digital Signage has a six-person advisory board consisting of powerful women in the digital signage industry: Brandy Alvarado; Megan A. Dutta, DCME; Jennifer Hetzel, DSCE; Ann Holland; Gina Spatafore; and Andrea Varrone, DSCE. The group is offering free charter membership until April, 15, 2018. Those interested in joining should visit http://www.womenofdigitalsignage.org/membership.html to register.

“As in active participant in other female networking groups, I am thrilled to launch this initiative in the digital signage sector,” said Megan A. Dutta, co-founder of Women of Digital Signage and current content director of Systems Contractor News. “This group will create many connections for women and I am particularly excited about the mentoring opportunities this group will generate.”