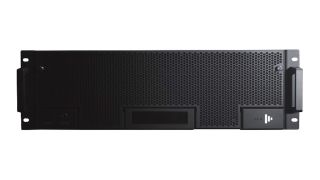 disguise (booth 521) will showcase the latest in its software integrations for the U.S. market at InfoComm 2019, and will preview its new gx 2c server and introduce its vx 4 server.

At the show will be the latest in disguise’s gx range of media servers, the gx 2c, which features more GPU processing power for faster performance and the ability to render more particles, effects, and rich content environments, all at higher resolutions and smoother frame rates. Designed to scale and fit as part of a bigger media server system, the disguise gx range enables creatives to go beyond the power of a single server solution, into distributed systems with multiple servers working as one to create an immersive experience. Like all gx range servers, the gx 2c will come with an integrated two-year Notch playback license for seamless delivery of generative effects.

disguise will also showcase the new vx 4 server, the flagship of the pro range. Previewed at Integrated Systems Europe 2019, where it won a Best of Show award from Future brand Installation, the vx 4 builds on the legacy of the pro range and has been engineered to play back video at higher quality, smoothness, and resolution. The vx 4 is optimized to play up to four times uncompressed 4K60 using its high-performance NVME RAID drive array, and has the capability of playing lossless 10-bit video. Additionally, the vx 4 can capture 16 3G-SDI sources or four 4K sources (2160p60).

disguise will also show the latest version of its r15.2 software, which includes integration with Agile Remote Cameras’ range of PTZ cameras, enabling full control overexposure, gamma, gain modes, and other settings. The latest release also includes a new integration with Riedel, for control of Mediornet, allowing users to switch routes in the same way as switching a conventional matrix route.

“The disguise 3D workflow and software that rides on these media servers continues to garner industry attention and is used to imagine, create, engineer, and deliver many of the most compelling shows around the U.S. and the world,” said Grif Palmer, general manager for disguise in the Americas. “We are looking forward to seeing members of our user community at InfoComm 2019 and introducing our company to designers and engineers in event production, system integration, and xR-related film and television production that are looking for new and compelling tools.”