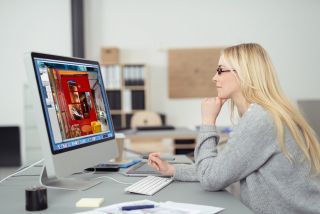 "Datapath has developed Wall Designer for MacOS after listening to its customers and their requirement to run Wall Designer on the same computers they are creating their videos on," said Mark Rogers, Datapath’s product manager for software. "This is a high percentage of Apple hardware, so we have developed the software to take advantage of the modern Mac’s architecture and processors, but retaining the look, feel and features that the PC version has to offer. This will provide seamless usability across platforms for our creative users.”

Since Photoshop was launched in 1990, the Mac platform has become the de facto platform for the creative industry. This was further cemented by Apple’s release of its video editing software, Final Cut Pro in 1999 and Garage Band in 2004. According to Trendwatch, in the creative industries MacOS is used by up to 80% of professionals.

Wall Designer works to provide an easy and intuitive visual interface for the Fx4, Fx4-SDI and Hx4 multi-screen display wall controllers offering an advanced video wall design and Implementation suite. It enables users to place projects across a virtual canvas. Adjusting the input resolution ensures the project matches the content, with Wall Designer automatically arranging the capture regions or adjusting each region to suit.

Wall Designer automatically adds one of Datapath’s award winning range of multi-display controllers, projects and assigning each output to a monitor. Connecting a number of wall controllers to your Mac and Wall Designer will allow users to assign the wall controller to monitor and program them. Full monitor EDID management is available for timing adjustments.

One of the benefits of the Wall Designer software is the information it provides to enable easy configuration, such as screen dimensions - in pixels and millimetres, bezel sizes and refresh rates. The ability to choose from a list of previously used monitors as well as adding other monitors and even bespoke RGB LED configurations has created software which makes display wall configuration and implementation a joy, rather than a chore.