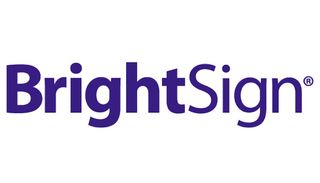 Following the Series 3 players, four models in the BrightSign Series 4 range are newly designed to support Dolby Vision and HDR10+. In Q2 2018, the XD234 and XD1034 will replace the current XD Series 3 models and XT244 and XT1144 will replace the current XT Series 3 line. As always, the XT line will support PoE+ and XT1144 supports HDMI In to deliver Live TV to end-points either via an HDMI cable or streaming over a network. The new players will continue using the sleek, patented industrial design of the Series 3 players.

“We are constantly looking to improve our award-winning players and build-in support for the newest video formats," said Jeff Hastings, CEO. "The new models offer support for the latest, most advanced standards in 4K HDR, Dolby Vision and HDR10+.”

BrightSign will showcase three of its BrightSign Built-In DSM (digital signage module) integrated solutions – the iDisplay by Outform, as well as a range of displays from AVNU and Industrial Image. Also in the BrightSign stand will be demonstrations of conference room scheduling, 4K HDR10+ and 4K Dolby Vision decoding, BrightAuthor, BrightSign App interactivity and more!