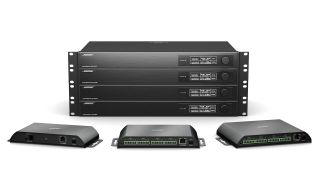 The What: Bose Professional is expanding its ControlSpace EX range with two new processors optimized for conferencing rooms (EX-440C and EX-12AEC) and a high-powered, general-purpose digital signal processor (EX-1280).