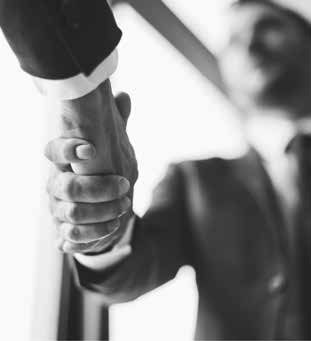 It is interesting to look back on the number of lessons that I have learned (and mistakes I have made) since I started my AV integration firm more than 22 years ago. Through the years I have had to learn the hard way about things like building a solid business plan, securing financing, buying out a partner, recruiting and retaining employees, as well as how to handle a $250,000 employee embezzlement that almost put me out of business.

Many of these lessons have been instrumental in building a successful, two-decades old technology business, but there is one in particular that has helped not only me, but my company as well. It could be the most important lesson I’ve learned: don’t burn bridges. Should really just be common sense, right? But is it?

In the early ‘90s, before I started my own company, I was working for a local telecom company, and in five years, I had built a videoconferencing division from zero to 5 million dollars. We were really flying high! That is, until the company decided to fire me right before Christmas on my 39th birthday. Seems the telecommunications business was going through some major upheaval at the time, and the decision was made to have the company focus on selling its core products. It was a humiliating experience that really angered me since it put my family and me in a helluva bind. But it also left me with a decision to make: Even though most people wouldn’t blame me, should I carry a grudge against my old company, badmouth them, sever ties with former coworkers, managers, etc.? Or do I take a different and perhaps more difficult route?

I chose to not burn bridges, and continued to take phone calls from my former co-workers, managers, and the like. Since I was considered the subject matter expert on videoconferencing, I offered information about a wide variety of issues regarding hardware, networks, and competitive equipment. In some ways, it was flattering that my former company was coming to me for my help, and truthfully, it made me feel just a little bit better about the events surrounding my termination. Interestingly enough, as time went on, my former coworkers made it a point to return the favor by supplying sales leads and market intelligence, which not only helped me get my new business off the ground, but continues to do so more than 20 years later. Pretty amazing, actually! And the best part was that those same leads have helped my company grow significantly through the years by earning many thousands of dollars in new sales revenue.

Another example is when four key members of my sales team (who represented 80 percent of the company’s 2006 revenue) left the company in the summer of 2007. I remember at the time taking the turnover very personally and was angry at my ex-employees who had put me and my company in a serious bind. Bur how long do you hold a grudge? And is anger really a management strategy? Was there another way to look at the problem?

As fate would have it, one of the ex-employees had decided to work for one of our major suppliers and another went out and started his own company that supplied streaming video and recording devices. As time moved on, my new team and I seemed to bump into my ex-employees time and time again. Awkward, for sure. But what do you do about it? Was this the time to stay angry and burn bridges by not dealing with them, or take a different route and use my ex-employees as a potential resource to help grow the company?

Although it took some time, in the end, we did take a more positive approach and I’m so glad we did. In the past 10 years, my company has collaborated on numerous accounts and business opportunities with former employees that have resulted in significant new business. Burn bridges? That would have been the easy way out.

Sometimes, as a business owner, you have to set aside your own personal feelings and do what’s right for the company. And what was right for the company was looking at the issues in a different way and leveraging past relationships to help the company. As one of my team members told me at the time: “You’ll have the benefit of those two guys working for you without having them on the company payroll.” That was solid advice that has paid dividends for very long time.

It is never advisable to burn bridges so make it part of your company culture and reinforce this strategy with your employees. It really is the right thing to do.

You never know where people will end up so look at the long-term business benefits of maintaining amiable relationships with not only exemployees but other industry professionals (competitors, suppliers etc.).

Anger is not a management strategy so avoid making long term decisions based on short-term emotions.

Embracing a strategy of not burning bridges can many times have a positive impact on your company’s reputation and brand.

The world of AV is somewhat small and very close knit, so recognize that whatever decisions you make with employees, products etc., will be communicated by many people on a nationwide basis.