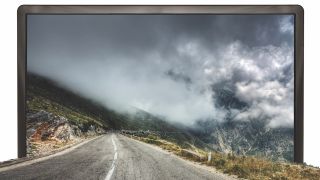 While 4K is ever-present in the consumer world, many tech managers at the enterprise level are still asking themselves: should we make the switch? The answer: it depends on what your organization is trying to achieve.

“If you’re Sky TV, or if you’re Fox or Disney, yes, because they really want to showcase [their content],” said Tanoop Sungha, technical support lead at Tech 4 Intuit, the internal technical support arm of software developer Intuit in London, U.K. “If you’re an organization that looks at spreadsheets, or if you’re doing Powerpoint or things like that, I don’t believe that’s necessarily enough for you to say, ‘we have to go 4K.’”

It’s also important to determine whether or not 4K is well suited for a particular space, said Sean Kennedy, CTS, senior media systems specialist at Santa Clara University in Santa Clara, CA. “The resolution is great when you’re very close to the content, but if you’re putting it into an auditorium and they’re doing Powerpoint [presentations], it doesn’t make sense to have that kind of pixel density from that far away,” he said. “It makes sense in medical labs, or perhaps in [on-campus] art studios where they need to see detail, [but] make sure that it is appropriate for the room.”

Sungha believes that the enterprise space is still playing catch-up when it comes to 4K/Ultra HD. “Even if you look at the content’s that’s out there, there isn’t enough that is actually in UHD,” he said. “Because HD was such a big thing, I think that has set the standard, and I don’t think the uptake to 4K or 8K is there yet.” He argued that while the transition from standard definition to high definition was significant, “the fact that you can’t see that much of a change from HD to 4K, I think it’s a questionable doubt if it’s worth the jump.”

There is, however, an argument for preparing an organization’s infrastructure for the future, said Wes Simpson, an Orange, CT-based technology consultant who works primarily in the broadcast market. “If you’re buying a piece of infrastructure today such as something for archiving, or if you’re buying a new generation of editing tools, you should probably make sure that they’re 4K-capable, but you don’t have to deploy that today until it makes sense for your whole ecosystem,” he said. If a tech manager is purchasing new monitors, he said, they should be 4K. “If I was buying networking [equipment], I would seriously think about a minimum 1-gigabit connectivity to all of your delivery destinations, and then on the production side, you’ve really got to be thinking of 10-gigabit or 25-gigabit if you want to have pristine, broadcast-quality 4K content.”

As is the case for every deployment, it all comes down to the organization’s specific goals: what content will you be putting on display? “If it is very much video-based or media-based, then yes, potentially that might be the right route to go,” Sungha said.

Does your organization fall under this category? If so, here are a few things to think about.

ARE YOU READY FOR EVERYTHING?

Dave Van Hoy, president of Advanced Systems Group, an installer of production, post-production, and shared storage systems based in Emeryville, CA, reminds tech managers to assess their bandwidth capacity before making the leap to 4K. “For many, it means a complete rewire,” he said. In fact, he added, this transition may mandate an entire overhaul. “For most facilities, the only things they can reuse are the lenses on the cameras—if they’re lucky. There is no easy fix on this one, and it’s especially challenging if the facility is 1080i instead of 1080p. With 1080p, some elements may be up-converted and combined with 4K for somewhat acceptable results. With 1080i, though, the up-conversion does not work very well.”

WHAT’S YOUR INFRASTRUCTURE GOING TO BE?

12G-SDI or IP? For Van Hoy, this is the first decision tech managers need to make. “In every facility, the optimal answer is different,” he said. “You need to analyze the size of your plant and the need for future growth against the underlying technology.” 12G for a small- to medium-sized organization is less expensive, but if growth is a possibility, it has its limits. “An IP infrastructure has more flexibility over the long term, but you may not have a business requirement that justifies the difference.”

IS YOUR CABLE STABLE?

Mathew Slack, enterprise AV service owner at CIBC, a global banking and financial services firm headquartered in Toronto, Ontario, Canada, said that it’s necessary to assess the organization’s cabling structure. “A lot of legacy locations might have Category-5 cabling that’s really not appropriate for sending 4K video,” he said, “so [it’s important to] make sure that there’s Cat-6a deployed.” In media studios and broadcast environments, fiber is the best bet, “so that you can have a 10-gig solution, and have very high quality, uncompressed—or very lightly compressed—video for those types of applications.”

ARE YOU INVOLVING THE RIGHT PEOPLE?

Slack noted that when making the transition to 4K, it’s important to involve those working on the organization’s network and security teams. “Everything is going to an IP model and everything is on the network, and depending on the size and scope of the deployment, it may have a significant impact on overall network performance,” he said. To adhere to common security best practices, he advises solutions with 802.11x support for network admission control as well as encryption. “Looking at security holistically, and looking at it as part of every AV solution is really important in this day and age, with network-connected and network-converged solutions.”

HAVE YOU PLANNED THE ACTUAL TRANSITION?

Transitioning to 4K is a complex process, and it’s likely to cause disruptions in workflow. How does one minimize these interruptions? In three words: test, test, test.

Slack suggested testing these systems out in a lab prior to deploying on site—and to be thorough in this process. “If you aren’t deploying within a converged network and you’re doing an isolated solution with a dedicated network switch, maybe in a lab you’re only testing two transceivers and a couple of displays,” he illustrated. “If you plan on deploying to 24 ports, you really want to test out that all 24 ports are going to be simultaneously sending and receiving audio and video. It’s really important to make sure that the switching capacity can support that.” He added that some network switches on the market don’t provide this capability, “so you want to look at something that’s rightsized for the application.”

Simpson pointed out that during the transition, it’s likely that organizations will need to produce two different versions of their content, “just like broadcasters did in the U.S. when we switched from standard definition to high definition,” he said. This is especially important for enterprises with remote workers—many of whom are connecting from hotel rooms while on business travel. “[In a hotel room], you’re not going to be able to get a high-bandwidth dedicated pipe to support 4K content. You’ve got to think about all of the people that are going to [be viewing] it.”

HAVE YOU CONSIDERED HDR?

For entertainment video, as well as some corporate applications, Simpson argueed that better color is as important—or even more important—than higher pixel density. This is where High Dynamic Range (HDR) can play a significant role in improving overall video quality. “Better color is actually a bigger improvement in terms of viewer satisfaction than having more pixels on the screen, and you need good lighting and good editing, and all of that other stuff to make it happen,” he said. “If someone is looking to do a serious upgrade to their system, they should think about HDR.”