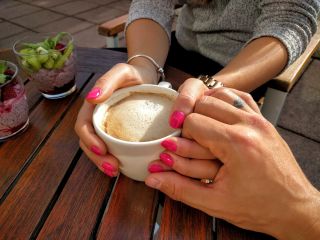 We spend a big part of our lives at work, so it’s no surprise that sometimes we fall in love with our colleagues. While certain organizations choose to implement policies concerning office romances, ultimately, it’s difficult to police matters of the heart—especially if the parties involved are solid professionals who have no performance issues.

But when things go awry, can employers be held responsible in any way? Yes—or at least spurned, disgruntled employees may attempt to hold them responsible. Employers can, however, take measures to protect themselves.

“The real issue is having a clear sexual harassment policy, and being very clear in developing a culture in your workplace, which is respect for everyone regardless of gender,” said Amy Nicole Baker, Ph.D., associate professor and assistant chair in the Psychology and Sociology Department at the University of New Haven, in West Haven, CT. “And second, if you do have a policy about consensual relationships in the workplace, a policy stating subordinates and supervisors should not be engaging in romantic relationships is a good place to start. And explain that policy in terms of things like conflicts of interest and perceived fairness.”

Alyssa Peters, attorney and partner at Constangy, Brooks, Smith & Prophete LLP, a national law firm, counsels her employer clients to include a mandatory disclosure policy in their employee handbooks. “It is a requirement that if you enter into a romantic relationship with a coworker, you have to notify HR so that it can be determined if there’s a conflict of interest, or some other type of issue we need to think about,” she explained. In some cases, this may result in one employee being moved to a different position.

Where employers get into trouble with this is when they place more importance on one person over the other, explains Brett Trembly, Esq., managing partner at Trembly Law Firm in Miami, FL. He uses a manager/subordinate relationship as an example: “Those two can agree, if they do work together, not to work together if their relationship is more important than the actual job positions,” he said. “But what you can’t do is say, ‘well this person’s in management, they’re more important. I’m going to remove this [other] person from the team, or fire them, or put them in a different department,’ because that will lead to claims of discrimination.” In other words, the company is favoring the manager over the lower-ranking employee.

Another problem with mandatory disclosure is that people won’t necessarily follow the policy—especially if their office romance is also an extra-marital affair. In drafting this policy, Peters advises companies to pay attention to their wording. “Have a mandatory policy that says, ‘violating this policy may lead to disciplinary action up to and including termination,’” she said. “You don’t necessarily have to terminate them. You would definitely want to discipline them pretty severely so they understand the serious nature of their conduct.”

One tactic some organizations opt for is prohibiting romantic relationships between colleagues outright. For Baker, this type of ban can create more problems for employers than striking a middle ground. “If you absolutely forbid any kind of consensual relationship, that just drives it underground and people try to make it secret,” she said. After all, it’s impossible for anyone to control who people are attracted to—one of the strongest emotions in human nature. “[When employees are] attracted to each other, then they’ll keep everything a secret, and secrets are extremely corrosive in a workplace. And when the secret emerges, then it’s even more corrosive.”

Admittedly, organizations that prohibit office romances are doing so out of a desire to protect themselves. “Because it’s prohibited, nobody’s going to tell them, so they don’t have any knowledge of it, and then once it’s brought to their attention they have a legitimate, non-discriminatory reason to terminate both workers,” Peters said.

However, what if one or both of these employees are top performers? Again, this can be problematic if the employer doesn’t want to let them go. “It can inconvenience you as well because more often than not, when I get phone calls about this from clients, it’s a really valuable employee—it just happens that way—like a director of marketing, or a director of sales [who has a relationship with] a subordinate employee.”

She added that, in some cases, employers in this situation have voiced their desire to retain the top performer, but fire the subordinate. “And I’m like, ‘that’s the problem—you can’t do that. You can do anything you want, but then you’re going to be calling me six months later when you get a lawsuit.’”

Where to Begin With Policies

While implementing a solid policy is a good place to start, Peters urges companies to hold employee training sessions once every year or two that cover this subject. (Peters herself conducts these sessions for clients, and says that many employment law attorneys do.)

“Sit down and remind them the importance of having a cohesive work environment with one another, and the types of behaviors that can jeopardize that,” she said. “Remind people of the risky behavior that can lead to not just liability for the company, but also just an uncomfortable working environment for everyone. Training for employees gets through a little bit more than just having something in your handbook that you generally only give employees at the outset of their employment when they’re hired, and then they never look at it again.”

For companies that have yet to develop a policy mandating disclosure, or even forbidding romantic relationships among colleagues, it’s necessary to consider who works for you already.

“What do you do with the people that are already there and have that relationship? Do you think about grandfathering their relationship in? Or do you tailor your policy so they wouldn’t necessarily be in violation of it?” asked Peters. “Because the biggest thing, in all employment context, is consistency in your policies—applying the policies that you have written in a consistent manner. And so if you already know that something exists—a relationship of that sort—then it may influence how you want to word your policy.”

All’s Not Fair in Love (at Work)

One of the biggest fears for employers dealing with a romance in their workplace is that the relationship will end badly, and a sexual harassment lawsuit, or claims of a hostile work environment, will result—especially if the relationship involved a manager and a subordinate. Trembly urges companies to protect themselves with a mandatory disclosure policy, and a bit of monitoring.

“If somebody’s unhappy and they either quit or they’re fired, they’re going to look for any claim, and one of them could be, ‘I was forced into this relationship because this person was in management, and I thought I would lose my job,’” he said. “That’s why it’s super-important for the management-level person to report the relationship, and also for the employer to keep an eye out for those things and to make sure that there’s no preferential treatment or unfavorable treatment given to anybody who is not in a management position. That’s a hard thing to document, and normally you have to prove your case through testimony. But it would come onto the employer’s radar if there are complaints made, or emails sent, or the disclosure of the relationship itself. Any time there’s a paper trail, it actually gives the employer a better opportunity to make sure that they’re doing the right thing and protecting themselves.”