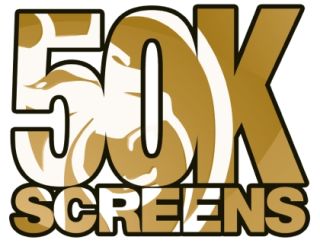 As the popularity and versatility of digital signage has grown, the size of typical installations have grown as well. Today, many companies find themselves creating content for and managing hundreds—or even thousands—of screens.

As the vice president of multimedia and guest technology for MGM Resorts International, Dearborn is responsible for all digital signage at MGM's U.S. and international locations. That includes 10 Las Vegas hotel-casinos; locations in Biloxi, Miss., and Reno, Nev.; China's stunning MGM Macau and a handful of other properties.

“We grew it from a one-man shop,” Dearborn said. “Now, we control the hardware, software and content for over 50,000 devices, if you count the in-room TVs. All the digital media flows through our team, everything from mobile apps to iPad wine menus to traditional digital signage to interactive screens.”

It's a daunting amount of content that requires incredible attention to detail and unending creativity, as well as leading-edge technology to get the job done. For Dearborn, it's all in a day's work.

Multimedia's Beginning
Dearborn came to MGM in 1993, after a seven-year stint with Walt Disney programming audio and video content. As a music major in college, he hadn't expected his career to take the course it did.

“I really came up in the industry from its inception,” he said. “I was there in the beginning. There was no such thing as 'multimedia'.”

When Dearborn came on board, the Mirage hotel-casino was looking into buying an Avid, which was a non-linear editing system, to create a new form of digital signage for marketing purposes. From those humble beginnings, as the MGM brand grew, Dearborn's responsibilities—and the possibilities of digital signage—grew exponentially.

“Initially, to get the digital signage, it was a little tough to justify because it was so expensive at the time,” he said. “As the pricing came down, it just exploded. It reached a point where you could justify the cost of not having to do print and the labor to replace that print. And with the dynamic ability of the media, it just took off.”

Now, his team includes about 30 people. As for the possibilities: in most cases, if they can dream it up, they can do it.

“With our streamlined team, it's actually kind of amazing when you see the amount of content that comes out of this shop,” he said. “It kind of gives us a unique view of things, since we do the hardware, the software and the content, we think of the entire process, all the way through.”

A Screen for Every Job
With about 50,000 digital devices in the network, it seems there is a screen for nearly every job at MGM. And it's not all about the casinos.

“People often think that we're just a gaming company,” Dearborn said. “But these buildings are so massive. We have restaurants, retail, guest rooms, theaters, sports arenas. We're literally all these different companies. It's a challenge, and there are a lot of moving parts.”

In the Las Vegas properties alone, there are 42,000 hotel rooms, 350 food and beverage venues, 450 retail outlets, 15 theaters and an incredible 3 million square feet of convention space. With such dizzying stats as these, no wonder MGM relies so fully on digital technology. Already, digital signage has replaced most of the static signage throughout MGM's properties. Now, live directional displays intelligently communicate to customers as well.

“I want our digital displays to be really dynamic according to the time of day,” Dearborn said. “So in the morning people are looking for the convention center, the pool or Starbucks, and it tells you where that is. And then around lunch I can start putting up images of restaurants. And an hour before a show starts, I can announce that there are still tickets available.”

This type of dynamic signage is also more convenient—and more affordable—when major changes occur, such as when a restaurant closes or moves locations.

Dearborn and his team can also highlight special events using the digital signs throughout each hotel-casino. Some are even assigned their own Twitter handle during, for example, UFC fights, big-name concerts, tradeshows or holidays. Customers really respond well to such targeted marketing, Dearborn said.

“We decide what is going to be the look, the feel, for this week, because we know this or that is in town,” he said. “And it's stunning the amount of traffic we get.”

Of course, much of MGM's digital signage is used to advertise restaurants, events, concerts, shows and anything else going on at each property. This includes the massive digital billboards that reside on each hotel-casino's sign. Content for such high-profile ads must be carefully considered and targeted. For example, in Las Vegas alone, MGM casinos will soon play host to a total of seven Cirque du Soleil shows. Promoting all those events takes a lot of planning—but in the future, analytics will drive the advertising even more, Dearborn says.

“Already, I'll promote or not promote given shows, according to real-time data,” he said.

“And I want to apply those same rules to restaurant reservations, arena shows, spas, retail. Really, I don't want to schedule stuff anymore; I want it to schedule itself through analytical data.”

MGM is also getting creative with digital signage in their restaurants. Of course, digital menu boards are common, but now wine and dessert menus are also going digital.

Gone are the days of the paper menu. In many restaurants, customers who request a wine or dessert menu are now presented with a digital menu on an iPad. Not only are digital menus more impactful for customers, they're also much more flexible.

“What's more impressive: the words 'chocolate layer cake' or actually seeing a chocolate layer cake?” Dearborn said. “I can also tell them what's in it and suggest a dessert wine pairing, which maybe they'd never think of before. And we can now do dynamic pricing, depending on different events.”

Better yet, digital menus give Dearborn and his team invaluable information on why customers make the decisions they do.

“When someone would order a bottle of wine from a paper menu, I didn't know how they came to that decision,” he said. “Now I can track their behavior, and I know exactly how they got to that bottle of wine—and what wines they're not looking at. So I can really start to re-shape my menus and my warehouses.”

Behind the Scenes
As MGM grew and acquired new properties over the years, Dearborn and his team found themselves working with a huge variety of software and hardware. When the time came to standardize across the MGM brand, he knew he wanted a platform that is both powerful and versatile.

Each digital screen is backed by an Apple Mac mini, and can be accessed remotely by Apple Remote Desktop, while content management is done using Four Winds scheduling software. Dearborn's team writes a lot of their software in-house in order to customize everything to their needs. And throughout the properties, custom-made mounts from Premier Mounts hold up industrial-quality digital screens from NEC Display Solutions.

“We're starting to look for the analytical capabilities,” he said. “These interactive screens, they're telling us what's really going on, what people are reacting to. With things like Twitter, near-field communication and QR codes, now every screen is interactive. And now we're really on the precipice of getting into the APIs and the hooks. Right now I know when someone's standing in front of a restaurant ad. What I don't yet know is that final buy-in, when they say 'yep, book me a reservation right here, right now'.” That's really the next wave.”

MGM also wants to perfect their trigger-based marketing to ensure that they're pushing the right content to the right person on the right device.

“Now, trigger-based marketing is really just getting intelligent about the methods and making sure the message is going to the right people, based on age, interests—it's knowing that we're not just throwing stuff up against the wall,” Dearborn said. “I've got so many digital devices—mobile apps, the in-room TV system, all these interactive touchscreens—I'm gathering data non-stop on our customers. And we want to realize the full potential of this tool.”

Currently, the MGM team is looking at the full customer digital experience—from the time they consider a trip to Las Vegas, to the trip itself, to after they return home. Dearborn wants to use all the tools at their disposal, including websites, email blasts, apps, SMS messaging, digital signage and more, to create a cohesive, highly effective digital experience—one that will ensure each customer becomes a repeat visitor.

In the near future, Dearborn also wants to help re-imagine casinos altogether. Younger generations expect, and are drawn to, interactivity. How will the casino floor of tomorrow appeal that? Dearborn guesses interactive race and sports books, where guests are invited to take control of massive digital screens, or video games that combine betting and hands-on play.

“What's the funnest part of a casino floor? It's the craps table,” he said. “That's because everyone's involved. I see that being the case with other areas. Our gaming floors have to change, and the next demographic is going to change it.”

Megan Weadock is Associate Editor for Signage Solutions Magazine and can be reached at editor@signagesolutionsmag.com.