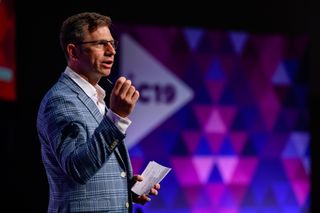 Every so often you have that moment where you look around to find the world has changed. It’s that feeling where you know things have been changing for a while, but it suddenly becomes clear the change has reached a critical mass where it becomes front and center in your vision. Others will say ‘I told you so,’ but it is only through one’s own recognition that we finally see what has been there all along. Such it is with digital signage and the pervasiveness of video displays and content.

Across the last 20 years or so of my career as an analyst following the technology markets, we have been discussing the rapid evolution and price compression within the display sector. This is particularly true on the consumer side, where the price of a television set went from around $100 per diagonal inch in the early 2000’s to under $10 just a decade or so later. At the same time, displays became thinner, brighter, and offered higher and higher resolutions. We’ve seen forays into 3D and curved surfaces, and are now seeing transparent, flexible and modular technologies.

At the same time, video content exploded. HD and now ultra-high definition capture technology in the form of hand-held camcorders and then embedded in wireless handsets facilitated a democratization of content creation. YouTube flourished and consumers became engrossed in billions of hours of available amateur and pro-sumer videos online. And so, our obsession with video was solidified. The kernel of cloud-based, backend distribution was also established.

All of this has paved the way for what digital signage has become and the near ubiquity of displays it represents. Ultimately digital signage is just that – the proliferation of displays in public spaces, beyond the private or limited viewing of a TV or portable device, and even beyond the limited engagement of a theater or paid venue. In short, displays are everywhere and so we needed a new-ish term for this phenomenon – digital signage. Call it what you will, we are witnessing the paving of the world with displays.

The numbers behind the digital signage trend in many ways cannot fully encapsulate what is happening. According to AVIXA’s own Industry Outlook and Trends Analysis (IOTA) reports, digital signage is the second largest solution area within the pro-AV industry, for now. Currently generating $34.1 billion in product and service revenues, it is expected to grow an average of 5.8 percent each year for the next five, making it the largest solution area by 2024.

The data and analyst coverage of it (even my intro here) also doesn’t fully describe the scope of the phenomenon. It’s easy to think of signage just as an installed display, but the technology and the opportunity go way beyond this. To be sure, displays are a large chunk of the revenue captured by AV providers, 35 percent to be exact. Improvements in displays, declines in cost, and greater flexibility in configuration via newer direct-view LED all help drive the overall growth of the category. But much larger than this are the back-end systems to support the displays in the form of specialized or generic AV/media servers, storage and network technology. This segment represents a much larger 37 percent. Beyond this is another crucial component, the services offered by providers to design and install the signage for a client, capturing 21 percent. Herein is the value add created by the channel and also the profit avenue, since margin is only improved by a service component.

And yet something is still missing from this analysis, though it is hinted at above in the trends driving the overall explosion of signage. I am referring here to the content itself. With signage being a key component of company branding statements, according to AVIXA’s research into the reasons for investment in AV such as signage, companies need and want content that is continually fresh and engaging. Gone are the days in which a single looping video, played for weeks on end is enough.

Now signage content must capitalize on the large high-resolution capabilities of the display and offer something new on a more regular rotation. This opportunity is not well quantified today, but it presents a clear opportunity for a marriage between the providers of the technology solution and those of the content, perhaps in the form as content-as-a-service within a broader managed service offering. Yes, this is still new and nebulous, but this just means it is open to definition by an entrepreneurial spirit. So, with that I say, go get it!