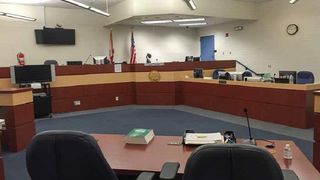 Central Florida’s Ninth Judicial Circuit Court (the Ninth) is no small jurisdiction. It covers more than 2,000 square miles, and is home to more than 1.3 million residents. This is why the Ninth has seven campuses spread across Osceola and Orange Counties. The campuses include the Orange County Booking and Release Center, the Thomas J. Kirk Juvenile Justice Center, two courthouses, and three branch courthouses.

The Ninth has long been at the leading edge of deploying courtroom AV technology, including videoconferencing to support remote arraignments of defendants at the two detention centers and the five courthouses. The Ninth’s progressive AV stance also includes centrally locating the court’s language translators at the Orange County and Osceola County Courthouses (in Orlando and Kissimmee respectively), and connecting them to all other locations via videoconferencing.

The use of network-connected centralized interpreters ensure that even the remotest of courtrooms provide fair service to defendants whose first languages are Haitian Creole, Russian, and Vietnamese, among others. It also eliminates the cost and time wasted by having translators travel in person to courthouses across the Ninth. The result is fairer service for defendants, better usage of translators, and savings for the judicial system and taxpayers.

“Tesira puts the ‘V’ into AVB, meaning that it can handle video as easily as it handles audio,” said Jamy Crum. In the past, the Ninth has conducted its interpretation videoconferences using a combination of Cisco Telepresence videoconferencing systems—specifically Cisco’s C-Series and newer SX80 series codecs, plus video cameras and microphones— while connecting the two-way audio via Biamp AudiaFLEX mixers. The Ninth uses a Crestron 2-Series control processor with TPMC-9 touch panels to operate the entire system. The interpreters use Biamp’s daVinci software to control how the audio signals are routed.

Under the direction of Jamy Crum, the Ninth’s audiovisual (AV) department’s senior engineer, the court has been replacing its Biamp AudiaFLEX mixers with the Biamp Tesira enterprise platform. Based upon the Audio Video Bridging (AVB) open standard, the new Tesira platform makes it possible for the Ninth to integrate and expand its interpretation services using a more unified networked approach.

“Tesira puts the ‘V’ into AVB, meaning that it can handle video as easily as it handles audio,” Crum explained. “For the Ninth, this offers us an opportunity to simplify our AV communications operations while upgrading to the latest technology; one whose capacities exceed those of the old AudiaFLEX platform.”

CLIENT, DESIGNER, AND INTEGRATOR ALL IN ONE

The use of network-connected centralized interpreters at the Ninth ensure that even the remotest of courtrooms provide fair service to all defendants. The Ninth also uses a Crestron 2-Series control processor with TPMC-9 touch panels. Unlike many of its counterparts, the Ninth’s AV department is as much a design center as it is a system operations/maintenance department. This means that the five-person staff members have a guiding hand in choosing, integrating, and installing the AV technology used by the Ninth.

“As the end user, we know the specific requirements and processes within the judicial environment extremely well,” said Crum. “This is why we are well-suited to a strategic role in design and equipment specification, as well as supporting these systems and providing minimal interruption to the courts.” Playing this role gives the Ninth’s AV department an end-to-end understanding of the technology. This familiarity pays off whenever issues arise in the system.

Jamy Crum himself is no stranger to AV systems. Having discovered a passion for and been trained in AV technology while in high school, he spent the first five years of his career as a Broadcast Studio Engineer at Florida’s Southeastern University. This was followed by a position as an Audio Visual Engineer at Whisper Productions & Engineering, and then Crum’s current stay at the Ninth where he has been for 12 years.

Jamy Crum also works as a freelance AV consultant, providing AV advice and programming services to various local integrators. “This helps me to stay current on technology as well as giving me opportunities to ‘think outside the box’ when it comes to implementing solutions within the judicial market,” he said.

Over the past 12 years, Crum has amassed a tremendous amount of knowledge about the Ninth’s particular and ever-growing needs; including working with the AudiaFLEX audio system since it was newly installed. “The AudiaFLEX has performed very well, but the Ninth’s increasing reliance on real-time interpreting has pushed our existing technology to its limits,” he said. “This is why moving to Tesira makes such good sense.”

The TesiraFORTÉ AVB VI is a 12x8 fixed IO DSP with VoIP, AEC, and USB connectivity. The Tesira EX-IO is a four-channel input/output expander that can be located in various locations on the network.

For the Ninth, moving to the Tesira AVB system offers tangible benefits. “The biggest one is how the Tesira simplifies our AV infrastructure,” said Crum. “With Tesira, we are able to achieve a unified platform of seven different functional services. Not only does this make daily operations and maintenance easier, it also allows for an adaptively scalable path for the future.”

A case in point: Each EX-IO expander eliminates three extra pieces of equipment at the interpreter headset connection point. This frees up physical space, and reduces possible points of failure for the AV department.

Meanwhile, the addition of the Tesira platform makes it possible for a freelance interpreter to call into the Ninth’s teleconferencing system using a conventional telephone. no matter where they may be. This is no small benefit. Sometimes the Ninth has to provide translation services to a defendant in a language rarely used in central Florida. Being able to have a freelance interpreter fluent in this language plug into the entire courtroom AV system just by picking up their smartphone is a real time-and money-saver. It also prevents costly delays to trials, and the detaining of defendants longer than necessary.

Even with the entire installation yet to be finished, “implementing Tesira has already resulted in significant improvements in audio quality, system reliability, and overall a better ability to provide more efficient services to the court,” said Crum. The result? Better justice for all.