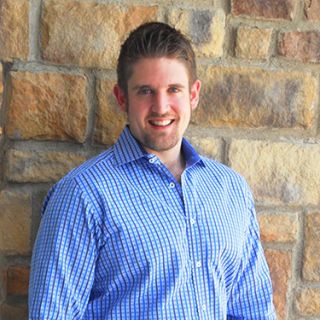 Why You Need to Know Him: After Whitlock established and built with a consulting AV veteran, the company placed the continuation of its rapid growth strategy into the hands of Turner. Previously employed by an outside staffing firm, Turner had worked with Whitlock in the past, and was ready to be a dedicated in-house talent. As growth continues and Whitlock integrates its Xerox AV acquisition, Turner is building a larger recruiting department.

How He Started: Turner has a degree in finance, but after graduating from college he quickly discovered that he preferred sales to banking. He grew up an avid golfer, playing seriously through high school, and he was often invited to play rounds with his stepfather’s friends. The crowd was a mix of successful leaders from many fields, and Turner honed his conversation skills on the links. Subsequently, he was also one of the top three sales people at the golf retailer where he worked throughout high school and college.

Selling what he loves and believes in comes easily to Turner, and he believes in Whitlock’s forward-thinking model. “Whitlock offers so much support in terms of personal and professional growth for all employees, and we’re really ahead of the curve on technology adoption. I work with the executive team a lot, and I witness a lot of that first-hand. It’s not just something that someone is telling me that—I believe it.”

What He Brings to Our Industry: The picture Turner pitches to potential sales team members is not about hardware, it’s about global enterprise accounts and service contracts. The company vision is an easy sell to sales personnel, who Turner sees as more visionary in some regards. “They see how Whitlock is actually taking steps toward a new model.”

With rapid growth the name of the game, Whitlock is looking beyond AV to attract sales people from IT and related fields. It can no longer tap project managers for sales roles as it did when it was a smaller operation. “More times than not, being in sales is not all about knowing technology,” Turner observed. “It’s about building relationships and growing the business.”

How We Can Attract More Talent To AV: Whitlock is building an internship program, and the company is working with technical colleges on programs to help develop future AV industry leaders. The company is pushing an internal referral network, and social media is a big driver as well.

A big part of Turner’s job is to sell Whitlock as a big opportunity in technology in a world where only the big IT guys have notoriety. What they need to realize is that “larger companies are often capped out in compensation, and we’re more flexible,” Turner explained.

“A big challenge for us is that demand is much higher than supply, and young people don’t know about our industry. If we can advertise Whitlock as a technology company, and make it clear that AV is a big, growing business, and you can make money in it, then we can grow our talent from the bottom. That’s going to take away our challenge of finding qualified people. The job market is highly competitive at the top, but newer recruits will have increased loyalty within an organization.”

Get to know the rest of The Nine...