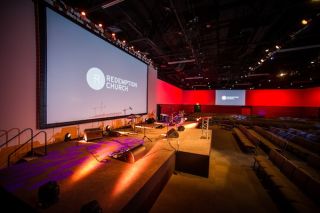 When Redemption Church recently committed to an expansion and retrofit of their multipurpose worship and conference center, they wanted an audio, video and lighting system that would provide a truly meaningful experience for each one of their members.