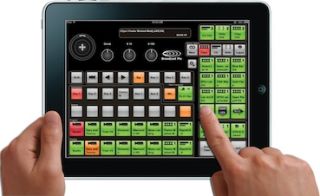 The What: Broadcast Pix announced Version 2.0 of its iPixPanel app for Apple iPad, which can control any Broadcast Pix integrated production system to provide an intuitive wireless control surface for the operator.

The What Else: iPixPanel controls all aspects of a Broadcast Pix system to create professional live video. It switches cameras and adds key layers, while its patented device control bank can control the system's clip server, CG, and more. It also features patented PixButtons that dynamically change to show the device and file name on the button for selecting with confidence during live productions. PixButton mnemonics have been enhanced in V2 to show the exact names of Fluent Macros effects on the buttons, not just numbers, which aids recall of powerful effects.V2 also enhances connectivity. It ensures that the iPad maintains its wireless connection to control the Broadcast Pix system, even in the most crowded Wi-Fi environments, and it rapidly and automatically reconnects if a connection is lost. When the app connects, it automatically detects the Broadcast Pix system and configures itself accordingly, as models vary in number of key layers, internal clip channels, video outputs, and other resources.

The Bottom Line: V2 adds a three-axis virtual joystick, rotary knobs, additional mnemonics, and enhanced connectivity. Priced at $9.99, it is a free upgrade for V1 customers and is available now from the Apple Store.