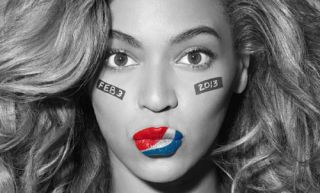 Fans are being given a series of poses to photograph, including head bopping, feet tapping, and hips shaking. Hundreds of photos uploaded with the hashtag #PepsiHalftime will be used to introduce the Pepsi Super Bowl XLVII Halftime Show and to welcome Beyonce to the stage. The show will air on CBS on February 3, 2013.

In addition, people who submit their photos by January 11th will be entered into a drawing for a chance to be selected for an on-field experience during Beyonce's Pepsi Super Bowl XLVII Halftime Show performance. These fans will be able to bring a friend to New Orleans, participate in dress rehearsals during the week leading up to the show, and be a part of the Halftime Show's on-field dance team on Super Bowl Sunday.

"Pepsi is bringing to life its 'Live for Now' mindset which places fans at the center of this experience," said Angelique Krembs , vice president of marketing, Pepsi. "Pepsi is looking for new ways to involve fans in the Halftime Show experience, and 'live' it like never before. We are proud to be able to work with our partners at the NFL, CBS and with Beyonce in this unique and creative manner."

Pepsi has also created a local promotion for residents of the New Orleans area. Pepsi will select an additional 50 winners and their guests from Pepsi's local retail partners, and give them an on-field experience at the Pepsi Super Bowl XLVII Halftime Show. These fans will also be on the field during Beyonce's performance.