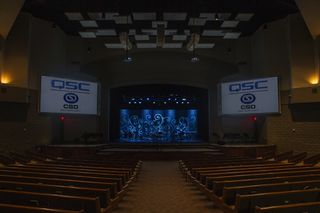 After fire, smoke and water caused considerable damage to the sanctuary of the First Baptist Church of Elkhart in north Indiana in late 2012, the fully restored worship space recently reopened with brand new audio, video and lighting systems designed and installed by CSD Group Inc. of Ft. Wayne, IN.