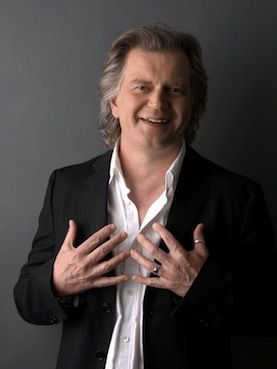 Cubicles have quickly become an item of the past. A new type of work environment known as the “open-plan” office has displaced the antiquated cubicle city that once dominated many downtown work environments since the late ’60s. Offices with floor plans so spacious can be great, promoting a positive team structure along with an exchange of ideas and conversation. In today’s workforce, 70 percent of office workers spend their nine-to-five in what is known as an open-plan space. But the drawback of an open-plan environment is the creation of some serious issues. Studies such as “Speech Privacy Systems” report that eliminating conversation distractions helped provide a 48-percent increase in office productivity and office workers’ ability to focus, with error rates improving 10 percent.

Unfortunately most people are unaware these problems can be corrected, leaving employees stuck in distracting environments for 40 hours a week. From background music and poor audio quality on conference calls to unsatisfactory acoustics in open-plan environments, employees are struggling with substandard sound. As the workplace becomes increasingly more digital, employees are finding themselves in constant need of “plugging in”—listening to music on their PCs streamed through their headphones—or simply “tuning out” by choosing to isolate themselves in conference rooms or working from home. This is simply being done to avoid extraneous noises and other workplace distractions—to improve individual concentration and productivity, contrary to the premise of an open office design.

There has always existed a general awareness that sound has an impact on the quality of our lives and research increasingly shows that the steady rise in disruptive sound levels is having a significant and measureable impact on general health. In a recent “Building in Sound” report, Julian Treasure, chairman of The Sound Agency, stated, “Noise is a major threat to our health and productivity, but until now we have been largely unconscious of its effects because of our obsession with how things look. By addressing noise concerns, we can transform the productivity and wellbeing of office workers, patients in hospitals, and children in schools, among many others.”

Open-plan office environments have become the norm over the years, but come with a number of distracting drawbacks.Health and productivity are not the only things affected with poor office sound. In the same “Building in Sound” report, research shows that urban city noise costs European workplace companies a collective $52 billion annually in lost productivity.

As audiovisual technology continues to develop, we see an opportunity for manufacturers to improve the sound quality for consumers through devices such as speakers and headphones, and in sound installations in offices, hospitals, and schools around the globe. As the digital and virtual workspace grows and the workforce increasingly becomes more connected, employees witness how reliable communications are more important than ever before, especially for one’s overall health, wellbeing, and productivity.

There’s a Solution for That

Just as the rest of the world has become increasingly digital, the AV world has seen the impact of digitization and the web. As our workforce continues to evolve, new waves of technologies are emerging as we witness the convergence of AV and IT.

For example, a DSP platform that can manage paging, music, and conference audio can improve sound quality in a noisy office. Companies can improve audio acoustics by choosing a microphone using an open architecture conferencing DSP. Search for one that can tell the difference between an employee walking and another shuffling paper as to not interrupt a colleague already speaking into a microphone. Value engineering the audio equipment to try to save money can cost a company money and time in terms of productivity.

Good sound matters. Improving sound in hospitals, universities, airports, and office spaces will constantly push the limits on the ability to create better experiences, environments, and communications. And in an increasingly connected world, clear and reliable communications are more important than ever before.

Graeme Harrison is the executive vice president of marketing for Biamp Systems.