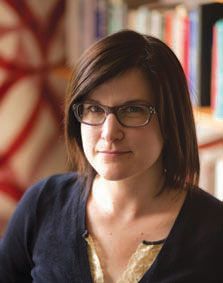 As talk of Oscar nods takes over the entertainment conversation this winter, we tend to think of the best things we’ve seen all year. Whether in film or in real life, the highlight reels are spinning through illuminated visions of past achievements.

It may not seem like it when you’re standing in a cramped equipment closet, but AV design and integration can be quite cinematic. What are you reflecting on as the year closes? Technologically speaking, there’s probably at least one job that can be marveled at for its precision or daring leaps of electronic wizardry. Logistically, there were those projects that somehow reached completion under the extreme duress of a pressing deadline. Fiscally, hopefully there was work that boosted the bottom line just in the knick of time.

In this last category of nominations, as in film, location can mean everything. There were parts of the U.S. and Canada that shone like the Twilight franchise this year. But there were tragedies on the bill as well, and some of these were due to circumstances beyond the director’s control. The sun set too early, or clouds rolled in unexpectedly, closing out magic hour before the shot was really complete.

Metaphors aside, the most intriguing part of any star turn (the analogies just keep coming) is the fact that we never know when we’re making a big impression on someone. Days go by and the work just keeps going, but along the way, someone is noticing acts of generosity or moments of genius. Whether your audience is a junior staff member, a mentor, or a family member, even the most incidental of moments can create a lasting memory.

The greatest members of our industry are all the subjects of these unforgettable tales. Listen closely at any trade show or conference if you want to hear the recollections. We never seem to run out of good things to say about one another.

In order to honor and collect these stories, this month SCN debuts its annual Hall of Fame. The AV industry is made up of stunning individuals, and we hope to recognize just a few of them every year with the Hall of Fame. As we salute each year’s inductees, we will also salute those people who helped make their success possible. No one operates alone, even if their name gets top billing.

In the process of reporting the profiles for each of our inaugural inductees this month, we were truly moved by the stories told about and by some of the brightest names in the business. Some were classics, and some were totally new. But the experience was definitely Oscar-worthy. We’d like to thank the Academy for the opportunity to write about such stellar people.