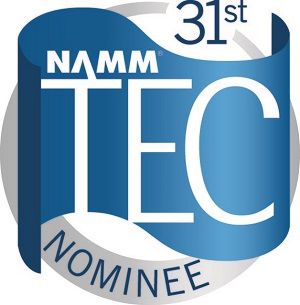 The DL32R was introduced in early 2015 and has been implemented in a variety of applications in live sound and recording, including project studios, small and mid-sized clubs, houses of worship, boardrooms, and a wide range of other uses. Featuring on-board DSP and multitrack recording capabilities, the DL32R's compact, three-space rack-mount design and full iPad control has made wireless mixing of FOH and monitors possible for many users.

Mackie senior product manager Ben Olswang remarked, "We knew when we introduced the DL32R that it would change the way people looked at mixing. But people are telling us the DL32R has changed their lives. It's enabled them to perform and create in spaces and in ways they had never even considered. We're honored to be recognized by our pro audio community with this TEC Award nomination."

Established in 1985 to honor outstanding achievement in professional audio production and product innovation, the TEC Awards is held annually during the NAMM Convention in Anaheim, CA. Nominees are selected from a pool of hundreds of entries, reviewed, and voted upon by an extensive panel of audio and music industry leaders in the United States and overseas. Winners are determined by an online voting process, with voting taking place during December 2015.